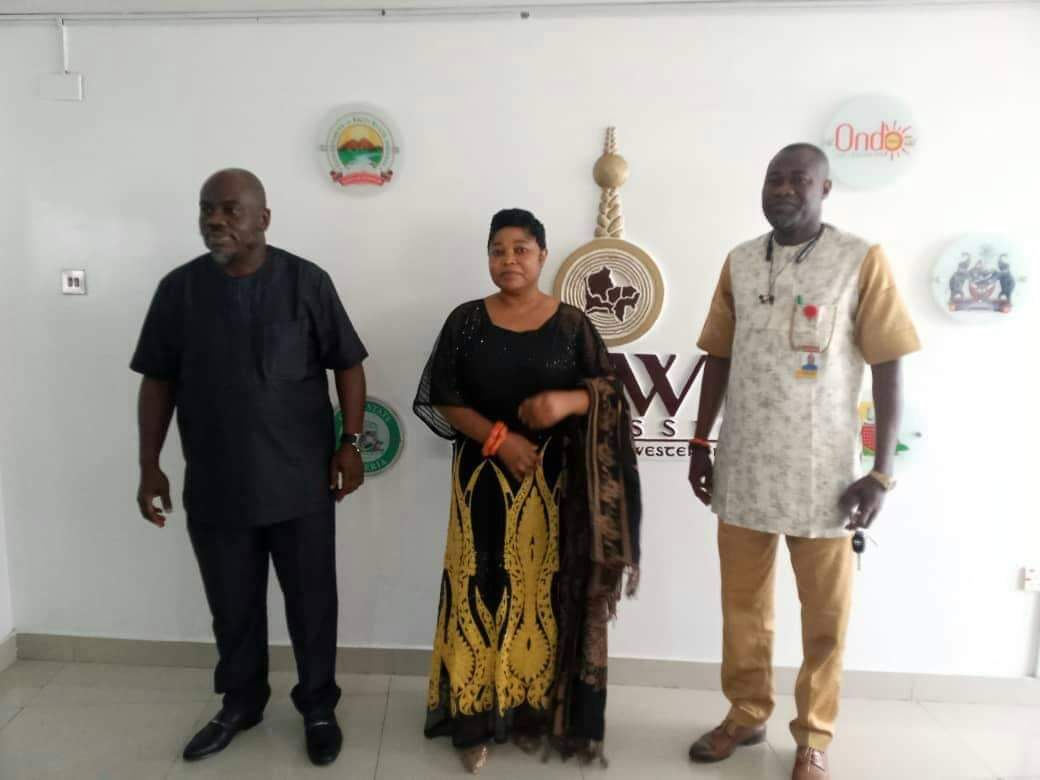 The Director General, Development Agenda for Western Nigeria, Mr Seye Oyeleye has called on South West Governors to inject more resources in their respective states in developing tourism potentials in the region.

Mr Oyeleye made the call while hosting the Special Adviser to the Oyo State Governor on Culture and Tourism, Hon Akeem Ademola Ige who was at the DAWN Commission’s office, Dugbe, Ibadan on familiarization visit on Wednesday.

Mr Seye Oyeleye who frowned at the lackadaisical attitude of the government towards the transformation of tourism potentials into wealth creation and job security for the youth in the region, enjoined them to think outside the box and bold enough to invest in tourism because of the inherent benefits associated with it as an alternative to oil business that is no longer lucrative.

The Director-General also hinted on the readiness of his commission to assist the south west states with developmental ideas that will help them in making meaning out of the untapped resources.

While appreciating the Special Adviser on his visit to the commission, Mr Oyeleye enjoined the Oyo State government not to make any mistake of wanting to develop all its tourist sites at the same time but rather start its development programmes in one or two tourism sites in Ibadan, being the capital city of the State with world class facilities that will bring traffic to the State and improve its resources.

Earlier in his remark, Hon Ademola Akeem Ige commended the commission’s effort in uniting the South West region with their activities especially on Amotekun corps and others.

He implored the commission to partner with Oyo state in developing tourism for job creations and additional source of income for the state.

According to him, “Oyo state is endowed with a lot of potentials which are not being properly developed and used for economic development but Governor Makinde has given us a marching order to ensure steps are taking to embark on genuine development of some sites and monuments to attract tourists and business opportunities to the state.”

“Unlike immediate past administration, Gov Makinde will not put the state money into where it will not be used for the development of the people and the state at large.”

“We need your contributions and support in this sector because our collaboration will enhance positive development of the sector.”

Hon.Ige was accompanied by Erelu Funmi Rotiba, state cordinator of Federation of Tourism Practitioner Association of Nigeria (FTAN) and others.