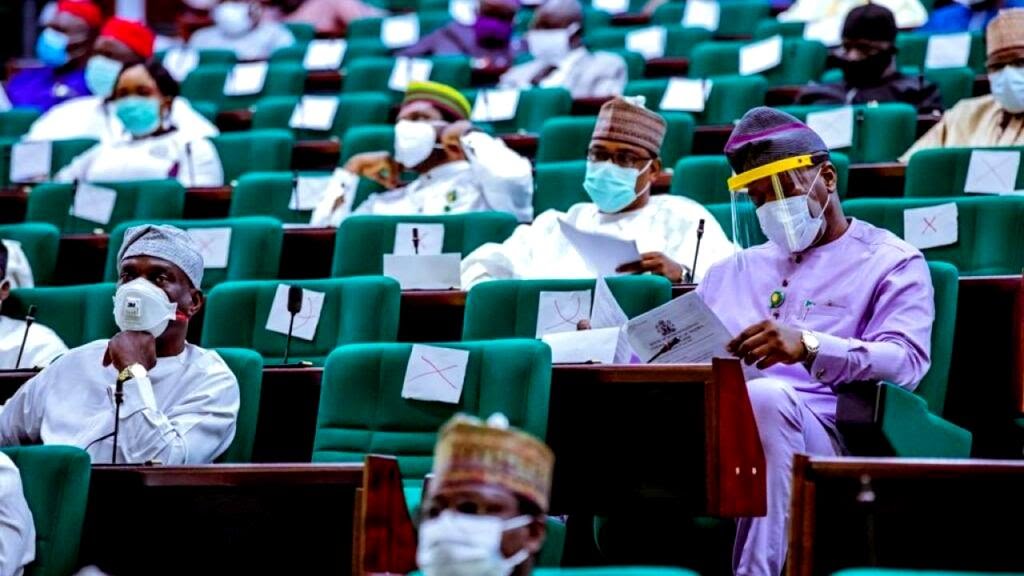 The House of Representatives has, again, called on President Muhammadu Buhari to end the current security crises across the country, charging him to act like the Commander-in-Chief of the Armed Forces and protect lives and properties.

This was just as the Deputy Speaker, Ahmed Wase, said replacement of the service chiefs yielded no results.

At the plenary on Wednesday, a member of the House from Sokoto State, Abdullahi Salame, moved a motion of urgent public importance titled, ‘Need to Set Up National Task Force to Address Prevalent Insecurity in Nigeria.’

Salame prayed the House to “Urge Mr. President as a matter of urgency to set up a National Task Force on National Security to specifically address rampant cases of banditry, insurgency and kidnapping;

“Urge Mr. President to direct the National Task Force to liaise with relevant stakeholders, especially the Department of State Service and the Federal Ministry of Communication, to block any line or number used directly or indirectly by any individual or group to commit any form of crime especially kidnapping, banditry or insurgency in Nigeria with a maximum period of one month to render the criminals stranded and inaccessible to their informants, arms, food, fuel, vehicle supplies and other necessities of life; and

“Urge Mr. President to direct all security, intelligence/enforcement agencies and other relevant stakeholders to ensure compliance with policy directives of the task force on any issues related to kidnapping, insurgency or banditry.”

Salame noted that the motion was a compilation of previous resolutions of the House as there was “no implementation by the Executive.”

He added, “What is not there is the sacking of heads of these agencies which will provide a new ground for other experts, other young officers in the industry. Why do we keep having this insecurity?”

The Deputy Minority Leader, Toby Okechukwu, noted that Salame must have been passionate about the spate of insecurity in the North-West, to have called for a task force on national security. He said, “It is very clear that the existing institutions have failed. If he was not disappointed, he would not have brought it up.”

However, Okechukwu stated, “We cannot be talking about lack of synergy and we are still creating institutions that will further enhance the lack of synergy.”

The Deputy Minority Leader said the House should rather ask the existing security institutions to “do their job.”

Okechukwu prayed the House to delete the prayers made by Salame in the motion and that the House “calls on Mr. President, as the Commander-in-Chief (of the Armed Forces) to do his job and save Nigerians from this malady.”

Also, the Deputy Speaker, Ahmed Wase, noted that while sponsor of the motion was indirectly asking for the sacking of the service chiefs, he recalled that the National Assembly had made the call and the President, Major General Muhammadu Buhari (retd.), implemented the resolution.

Wase said, “The service chiefs were sacked. Did we get the desired results? Precisely, I will say no. During the appointment of the last Chief of Defence Staff (Gen. Leo Irabor) or Chief of Army Staff (Lt.-Gen. Yusuf Yahaya), I remember (that) about 30 officers were retired – those (whose ranks were) ahead of the person. And these were fine officers. Is that what we are seeking on the floor (of the House) again? I don’t think that is the direction that we should go.”

The Speaker, Femi Gbajabiamila, while corroborating Wase, noted that the Constitution does not empower the House to legislate on military operations, especially the proposed creation of a security task force.

Wase also noted that the Armed Forces already had various special operations and task forces across the geopolitical zones of the country, stating that the parliament could only advise the President on security matters.

Though Gbajabiamila faulted Okechukwu’s prayer to call on Buhari to “take every measure to save Nigerians from the present precarious security situation,” saying it is vague, the House eventually granted it via voice.