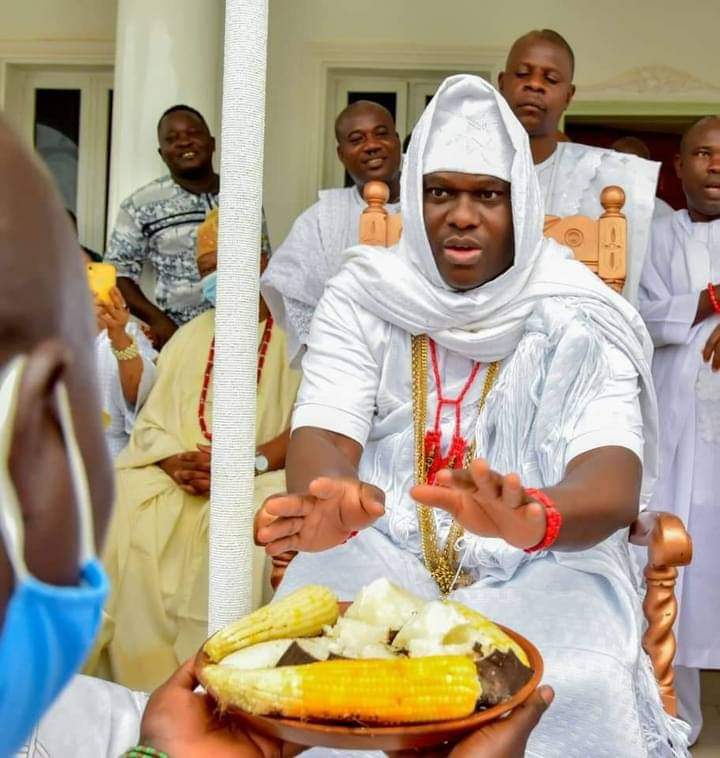 Ooni Ogunwusi who made the call on Thursday, while playing host to farmers, traders and other economic stakeholders at his Ile Oduduwa Palace, Ile-Ife for the annual yam festival.

Ooni, the Co-chairman, National Council of Traditional Rulers of Nigeria(NCTRN) who described food as an indispensable commodity to human survival, decried several challenges including climate change, insecurity and others confronting food production in the country.

“What is critical in encouraging food security is to encourage and celebrate farmers because they feed us. If we celebrate them, they will be encouraged to do more through which food security will be guaranteed.

“Nigeria is no doubt the largest producer of yam across the world, but we need to translate this into development and economic prosperity for our people. The Federal, State and Local governments must as a matter of core responsibility do everything possible to add value to the farming business.” The Ooni said.

On the basis for the celebration, the African foremost monarch added that, “What we are doing here today is linking our culture to commerce, economy and nation building. In short, we are encouraging our farmers and traders.”

Earlier in his address, the Osun State Governor, Alhaji Adegboyega Oyetola who was represented by the Commission for Culture and Tourism; Mr. Simeon Adebisi Obawale, hailed the Ooni for upholding the prestigious Yoruba cultural values.

“Osun State Government is aware of Ile-Ife’s incomparable status when it comes to the history and tradition of the entire black race. With this fact, measures are already in place to present showcase this to the world.

“Let me inform you that we have concluded plans to work with the House of Oduduwa on several projects and programmes including the prominent Karele Omo Oodua through which the ancient city will receive descendants of Oduduwa across the world.” Mr. Obawale said.

The event which was spiced up with several traditional performances by cultural troops while tubers of yam and other farm produce were shared among attendees.