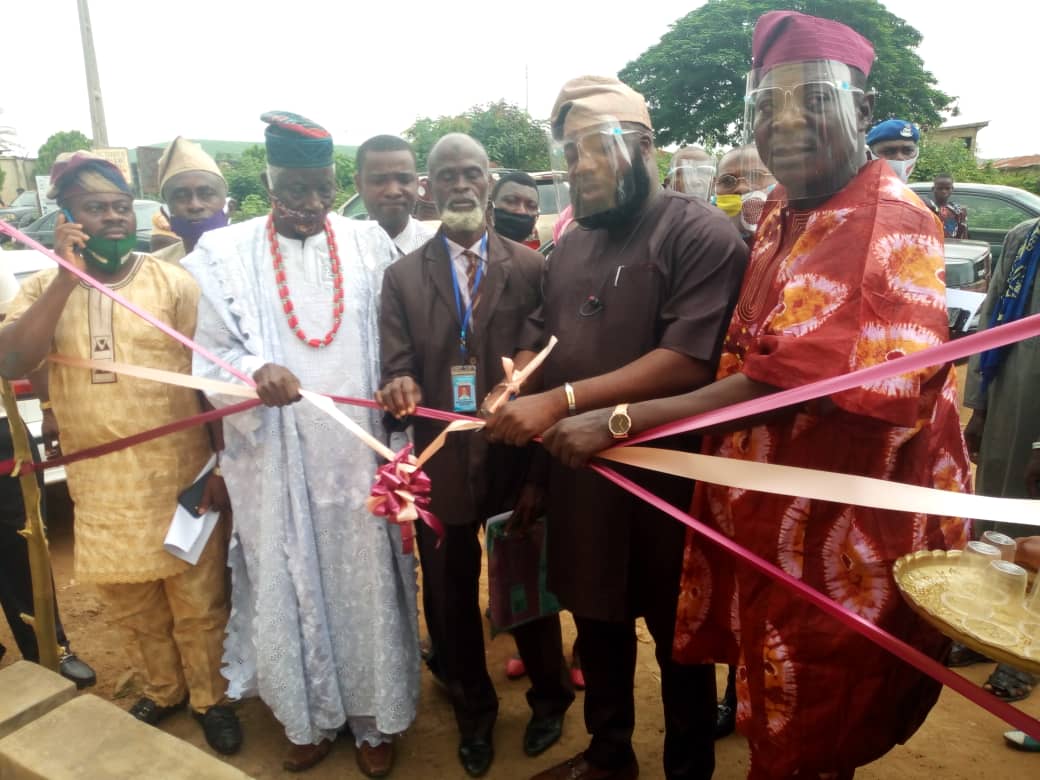 The people of Kumapayi, Olodo, under Ajorosun community at Egbeda local government in Ibadan have commended the governor of Oyo State, Engr. Seyi Makinde for fulfilling his electoral campaign promises, especially in the area of provision of portable water.

A borehole project which was done under the Oyo State Clean Water Project, anchored by the State’s Rural Water Supply and Sanitation Agency (RUWASSA) in collaboration with Latter Day Saints Charity (LDS Charity) was commissioned on Tuesday.

Speaking on behalf of the community, the zonal Chairman, Kumapayi Community Development Association, Mr Giwa Buraimoh said the people of the area would always remember the name of the governor for good over the gesture.

He said the administration’s collaborative effort with Latter Day Saints Charity to provide essential social services like water deserved commendation as the urge by the multitude in the area for portable water has been met.

“I want to express our profound gratitude to Oyo State government and LDS Charity Organization for this laudable gesture, he who gives water has given life, we shall continue to remember our governor for good.

“We wish to assure you that the project will be adequately taken care of and preserved for those coming behind us, we acknowledge the State government’s efforts in curtailing flood and sundry disasters through dredging of all the rivers in our environs, it gives us rest of mind whenever it rains that we are safe.”

The governor who was represented at the commissioning by his Deputy Chief of Staff, Hon. Mojeed Mogbonjubola said the present administration in the State made some promises during the campaign period, part of which clean water was sacrosanct.

He said the gesture was part of efforts at fulfilling the campaign promises as water provision was part of benefits of democracy.

He also appreciated the Latter Day Saints Charity Organization for collaborating with Oyo State government to achieve the feat and urged residents to take good care of the project.

“Please see this project as your own, work in unity to maintain it so that when you need more, government will not hesitate to come to your aid.

“Water has many benefits for humanity that its absence can cause health crisis, for us to preempt that, the State is poised to make water available throughout the nooks and crannies of the State,” said Hon. Mogbonjubola.

In their separate remarks, the Chairman, Oyo State Rural Water Supply and Sanitation Agency (RUWASSA), Engr. Najeem Omirinde and the representative of the LDS Charity Organization, Presidency Olubukola Apantaku noted that the collaborative efforts by the State and the organization would see to an end to water crisis in the State.