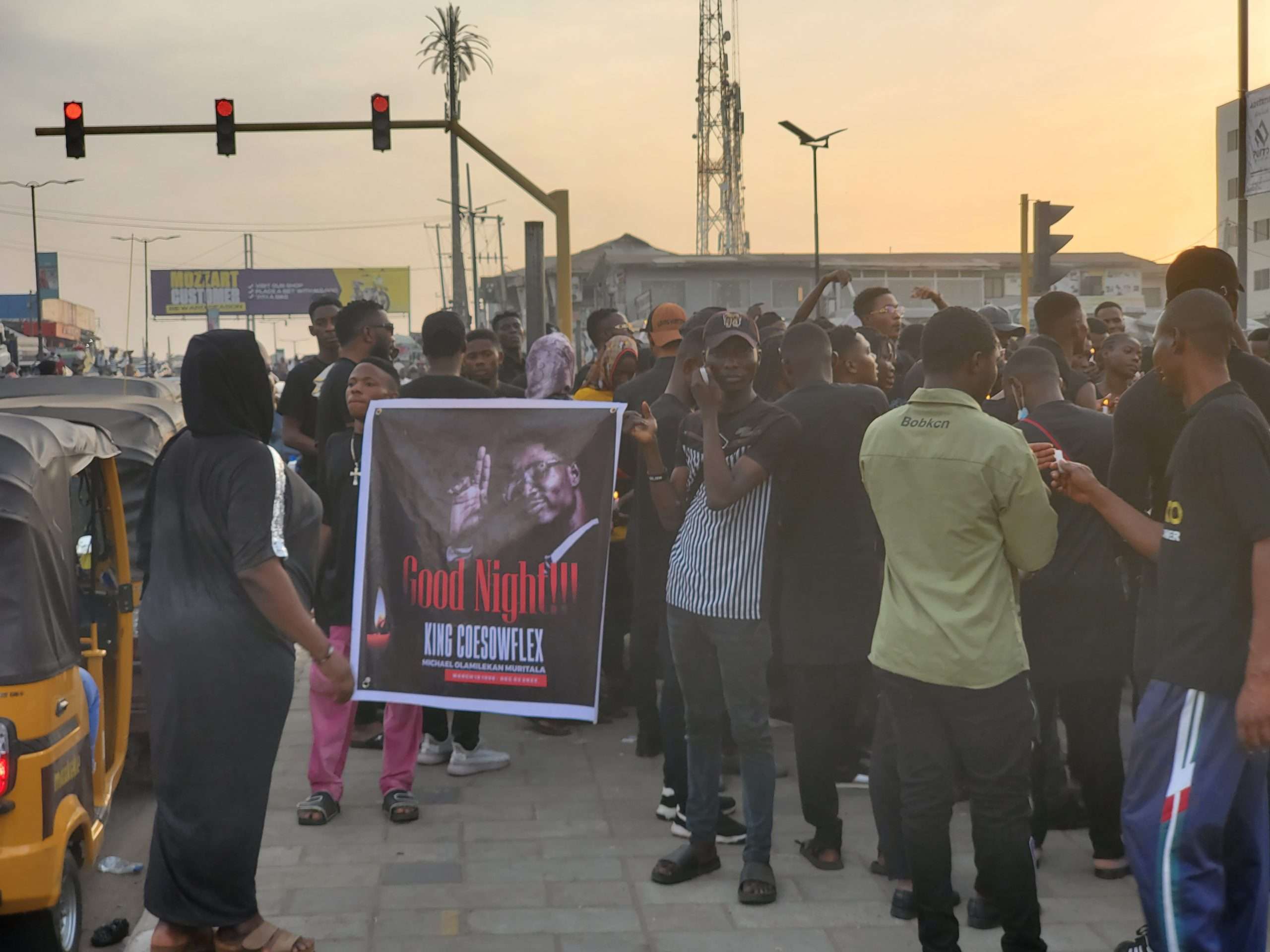 Traffic around Ring-road-Challenge axis experienced a long snarl, on Tuesday as entertainers held a candlelight procession in honour of their slain colleague, Michael Olalekan Muritala. 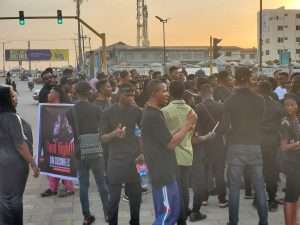 Oyo News reports that Muritala, known by stage name, Coesowflex, was allegedly killed on December 3, 2022 in Ibadan by some suspected armed robbers.

Led by prominent comedians, the entertainers gathered by 3 p.m at Jogor centre, Ibadan, for the remembrance of the man they regarded as the mimic king.

Oyo News reports that a candlelight procession was held along Liberty road and Adeoyo-Challenge road, with the portrait of the deceased.

Speaking on the sidelines of the procession, a colleague of the deceased, Olaniyi Opeyemi said they decided to honour the deceased because his talent would be missed.

“We lost a talent. The King of Mimic is gone. Oyo state will miss you. NAIJA COMEDIANS/MCs (Ibadan chapter) will miss you”, he said.

“Coesowflex is one of best stand-up comedians in Ibadan and Nigeria at large. This is so sad and painful…..Rest in peace bro, Coesowflex King Moore.