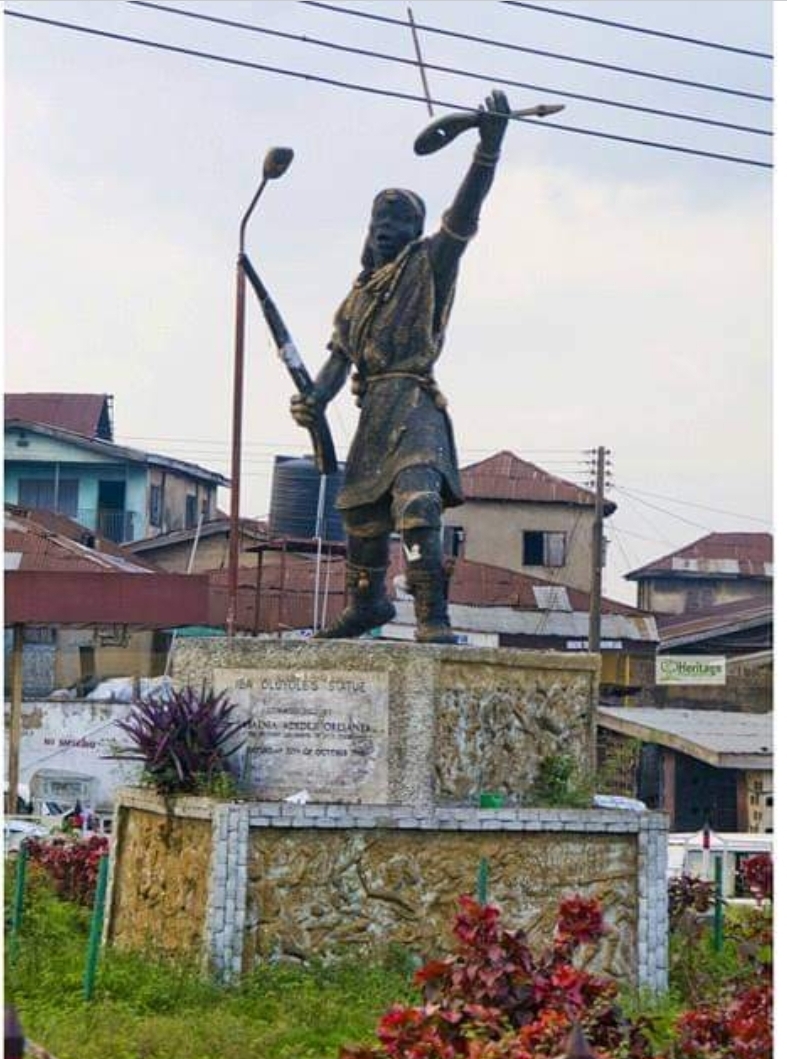 Ibadan, the capital city of Oyo State back in the days, is known to be camp of notable war soldiers mostly from Egba, Ife,Oyo and some other parts of Yorubaland.

One of these warlords whose name must be mentioned whenever creation and survival of the city is being discussed however is Ibasorun Oluyole. After Lagelu’s first and second Eba Odan, as it used to be called, being an abandoned settlement, was discarded by raging wars across the Yoruba land back in the 16th century, Iba Oluyole ruled over what is today referred to as Ibadan land. In fact, he was said to have commanded enormous respect among warlords back then. Having been born into the house of a warrior; his grandfather, Yamba Bi Ekun, was Basorun in Oyo during the reign of Alaafin Ojigi. His father’s name was Olukuoye Ajala.

His mother, Agbonrin was the daughter of Alaafin Abiodun 1. Though Oluyole’s age couldn’t be ascertained, he was said to be born around 1740-1750A.D. At the initial stage, Oluyole learned the trade of Blacksmith and thereafter specialised in modeling weapons of war. But he was later to become a fearless warrior. Probably because of his background, as grandchild of Basorun, Oluyole was said to be very vast in charms. The source or logic behind this his diabolical powers nobody knew.

It was also recorded that Oluyole, alongside Alaafin Atiba, Kunrunmi and other warriors fought galantly to protect Oyo and indeed Yoruba kingdom from being captured by Fulani, in what was tagged Eleduwe war.

After this particular war, Aladeleye Atiba was installed the Alaafin in Ago Market and he made Oluyole his second in command (Basorun) and Kunrunmi as Aare Ona Kakanfo.

During Ota war, Oluyole was said to have fought to beach where he met Eleko of Eko and a Portuguese who liked his war skills and later presented him with a brass rod which he always held.

Oluyole was later to be installed as the first Baale of Ibadan land after the demise of Aare Oluyedun who ruled for less than a year. As Baale, Oluyole’s influence was phenomenon; he lived like great war commander that he was. He was said to have married over 30 wives out which 25 bore him children. His bravery, achievements and immense contributions towards stability, development of Ibadan land can’t be over emphasised as it was well documented and have been historically confirmed by many writers.

He founded what is today refered to as Oja Iba at Beere area of Ibadan, where his statue is stylishly placed and Oja Bode at Molete area. He died in 1850 and January 28 2017 marked 167 years that the great warrior passed away.

In his remembrance, the Ile Iba clan of Oja Iba led by the family head, Alhaji Nureni Akanbi packaged a program in year 2017, which had several important personalities former Governors of the state, Chief Akin Fagbemi (Mogaji of Agunleyinju Compound), prominent chiefs of Ibadan land and a whole lot of others in attendance. At the program, a book on Iba Oluyole was launched and there was commissioning of the reconstructed ancient Iba Oluyole Rest House.

The Alaafin of Oyo HIM Oba Lamidi Adeyemi 111, in his brief Foreword on the book that was launched in honour Iba Oluyole, described the great warrior as an illustrious patriach, a distinguished warrior and quintessential military tactician of early 19th century who ruled Ibadan for fourteen years.

All the above mentioned of the Iba Oluyole expolits and many more are the reasons his family is still very prominent up till today. They own the largest portion of land in Ibadan hence the popular say, Iba owns the land (Iba lo ni le).
Iba Oluyole died in 1850.

According to the Head, Iba Family clan, Alh. Nureni Akanbi, the present Ibadan we are is the third Ibadan to have come to existence and that was made possible by galant efforts of Iba Oluyole alongside other warriors. The first Ibadan was discarded, the second one went the same line. It wasn’t called Ibadan then, it was called Eba Odan. So the Ibadan that Iba Oluyole ruled over is the one we are now.

He said, there is nothing like Oja-Oba in Ibadan, the market we have here is Oja Iba, which was formed by Iba Oluyole. The Oja-Obas in Ibadan are Oba Aleshinloye and Oba Akinbiyi. Though there used to be a market called ‘Labosinde’ beside Oja Iba. Their family is the one occupying the post of Oluwo Afobaje of Ibadan land now.

All the foreign religions in the land first came here; Islamic Religion, Christian Religion first came to Oja Iba. That is why all religions are practised around there. But the most significant thing is that the Iba Palace in Ibadan is on 10 acres of land and all the occupants of the houses on it are direct descendants of Iba Oluyole.

He said, “Oja Iba is on two acres of land and it is own by Iba Oluyole. And in this part of Ibadan that we are, we only share border with Ijebu and Egba, up to Ogunmakin and Mamu. There are other warriors who have lands in Ibadan around Oje, Gate, Mokola and so on. But here, about seven local government are presently on Iba Oluyole’s land. Ibadan South-West, which has now been divided into two; part of Ido Local Government; Ona-Ara; Egbeda and others are some of these local government”.

On how a Head of Family is chosen, Mogaji Nureni Akanbi said “Whenever there is vacancy, heads of the twenty five branches, which must be direct descendants of Iba Oluyole and be eighteen years of age and above, whether male or female as the case maybe, will seat down to choose the next Family Head. Part of the criteria they look at is the antecedents of the proposed candidates. They interview them to know their plans for the development of the family. They choose the best among them and sometimes put it into voting when the candidate are more than three. The chosen name will then be forwarded to Olubadan for confirmation”.