I Was Never Angry With Late Ajimobi’s Widow— Oyo Deputy 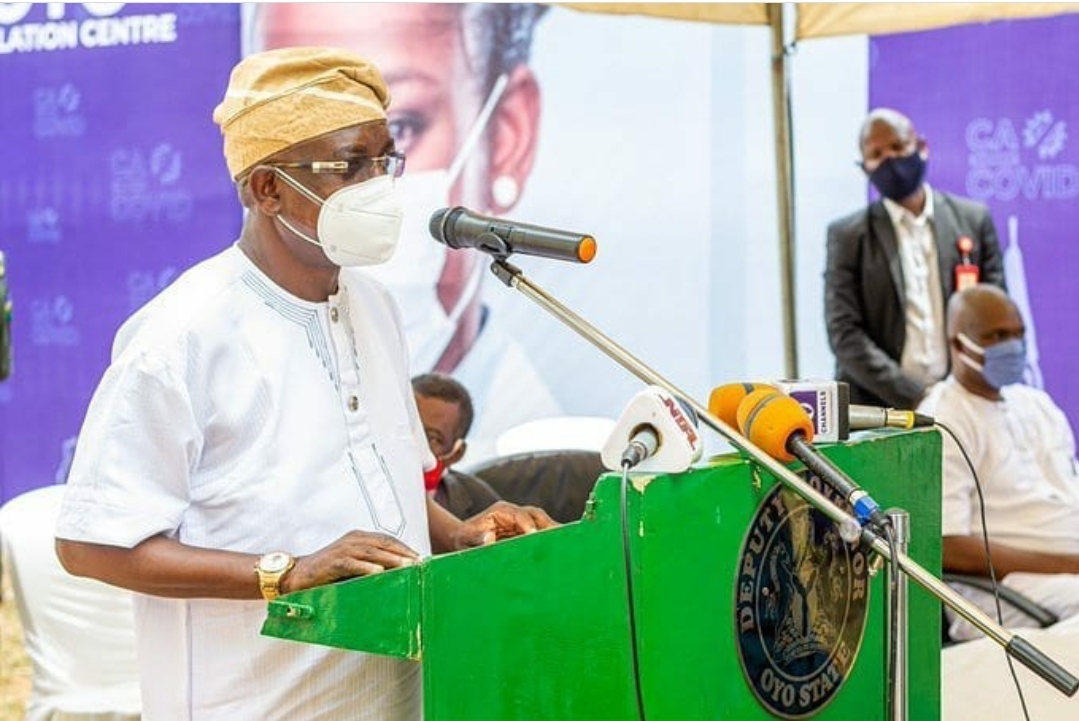 Deputy Governor of Oyo State, Engr. Rauf Olaniyan, has said what happened during the burial of late ex-Governor Abiola Ajimobi was not enough to cause any disagreement between him and the former First Lady, Mrs. Florence Ajimobi.

Recall that, the Deputy Governor was denied entry into the No. 6, Yemoja street, Oluyole residence of the Ajimobis during his 8-day fidau prayers. That came few days after the former first lady was recorded castigating Makinde’s government for not showing sympathy when her husband was sick and his eventual demise.

Olaniyan spoke at his Ibadan home when the leadership of the South West Group of Online Publishers, SWEGOP, paid him a sallah visit.

Fielding questions, the Igboho, Okeogun-born politician explained that “I was not angry with Mrs. Ajimobi and the family. I had no premonition that something like that was going to happen. But when you are going into politics, you must not forget to put the Omoluabi ethos in your bag. In fact, you must have had it before going in. You must know when to give respect. Count the number of pockets you have in your cloth before setting out, include patience. You will not lose it all before returning home”.

“I called the ADC and Chief Detail after we got there that nobody must be touched. I told them to keep their heads when others are losing theirs”.

“She has called and we have settled everything. I understand her, she was grieving, mourning the death of her husband. We don’t know the enormity of that grief,” he added.