“I look forward to getting back to the pitch”- Willian Borges 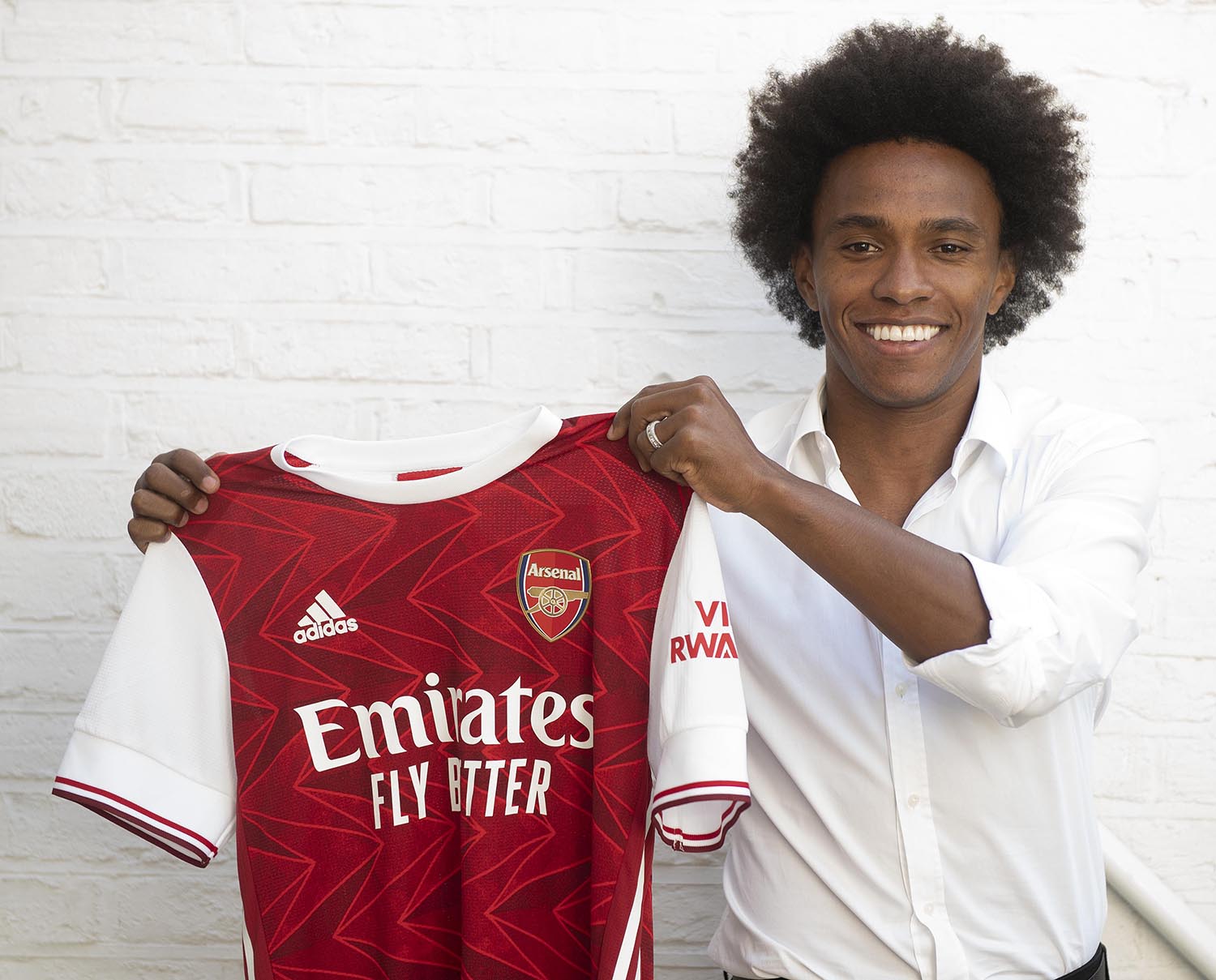 New Arsenal signee, Willian Borges da Silva has expressed his readiness to go back on the pitch, after he signed a four year contract with Arsenal Football Club.

On his verified twitter handle he wrote:”Today is the start of a new challenge at the next stage of my career!”

“I’m excited about the Arsenal project and am grateful to the management team at the club for all their efforts and their trust in me”.

“I now look forward to getting back on the pitch, training and playing alongside my new teammates and being able to repay all the faith shown in me!”

Optimistic about the success he would record at Arsenal, he wrote: “I am sure that these will be successful times for all of us!”

“I’d also like to thank my family for all their support during this period and for always being by my side”.

Willian Borges da Silva, commonly known as Willian, is a Brazilian professional footballer who plays as a winger or as an attacking midfielder for Premier League club Arsenal and the Brazil national team.

Willian started his career at Corinthians, before joining Shakhtar Donetsk in August 2007 for a fee of €14 million. In his six years at the club, he won honours including four Ukrainian Premier League titles and the UEFA Cup in 2009.

The 32-year-old left Stamford Bridge at the end of his contract after a seven-year spell.

The 32-year-old left Stamford Bridge at the end of his contract after a seven years at the club, with Chelsea only willing to offer him a two-year deal rather than the player’s desired three years.

Willian made 47 appearances for Chelsea in all competitions and finished the season in fine form, with four Premier League goals after the restart taking his tally for the season to nine.

Local foes very rarely choose to do business with each other but in recent years Arsenal and Chelsea have flouted the unwritten rivalry rules, with several players having surprisingly moved between the two sides.