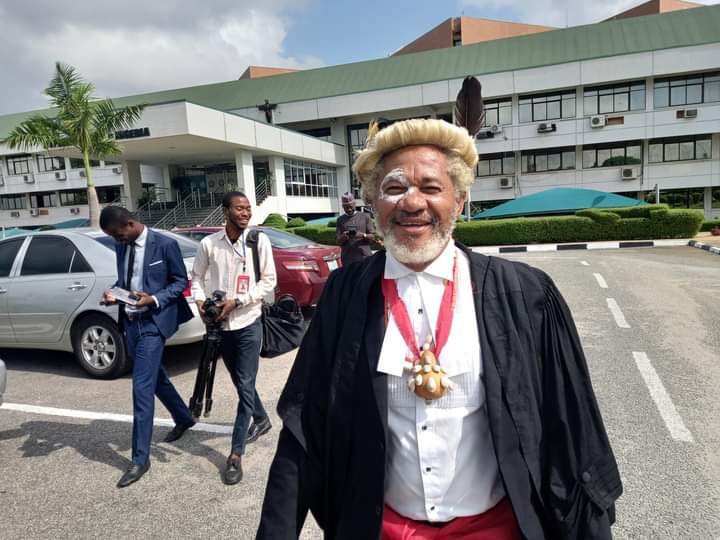 A Human rights lawyer and activist, Chief Malcolm Omirhobo, on Thursday, caused a mild drama at the Supreme Court during a proceeding.

The Delta State-born human rights advocate appeared in an unusual atire when he matched his lawyer robe with other traditional apparels.

Though peaceful in his protest all through the sitting, the activist temporarily disrupted the proceedings as all eyes were on him.

The lawyer told newsmen during an interview that his dressing was against the backdrop of the recent verdict of the Supreme Court which legalised the wearing of hijab to schools and public places in Nigeria.