How Ingenuity Has Placed Ikorodu Bois on the World Map 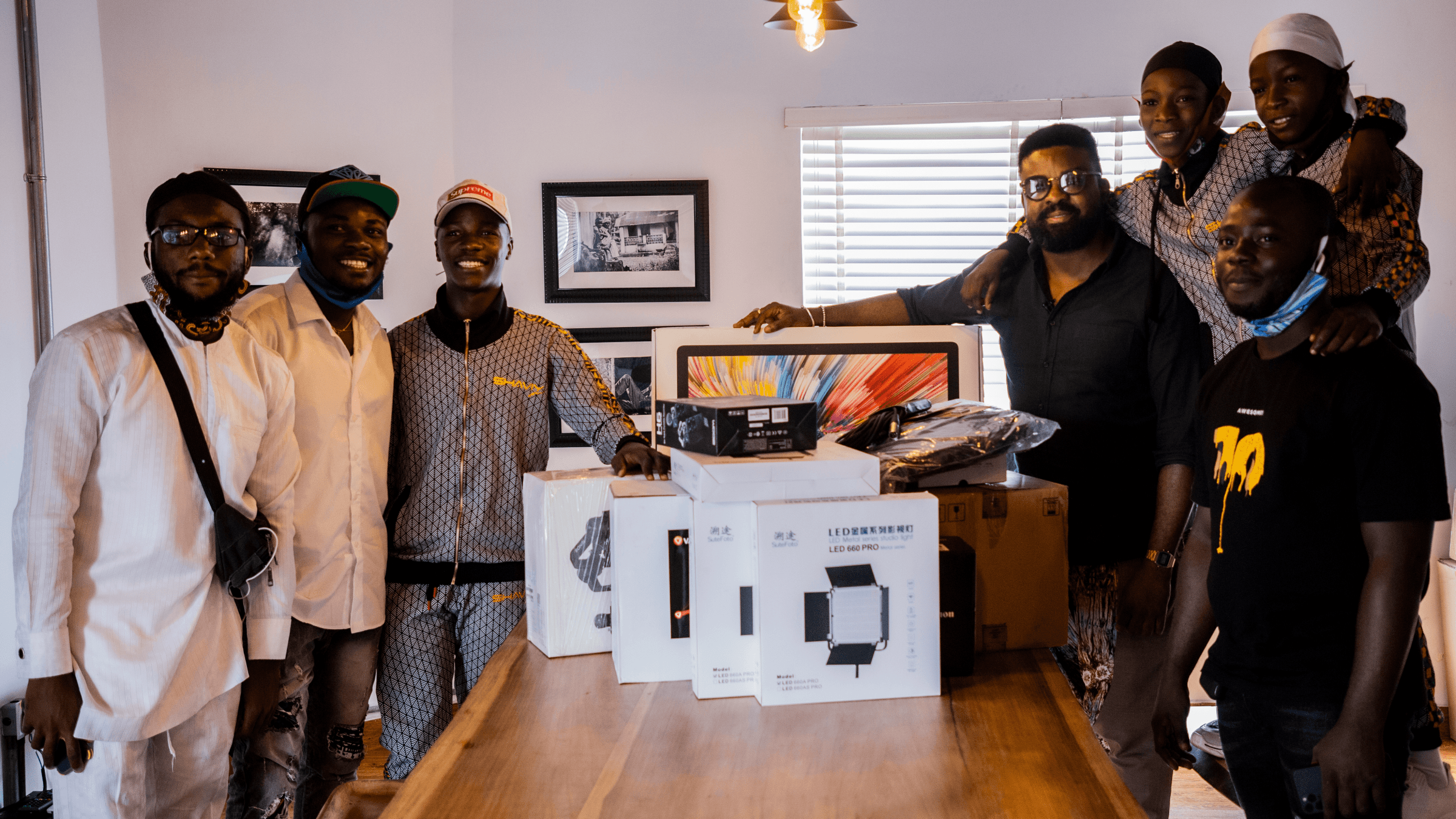 Lets meet the Nigerian Ikorodu bois, a dynamic group that has caught the attention of many, including Hollywood stars.

When your parents said, “go outside and play”, did you get as creative as the Ikorodu Boys?

They made their funny version of the trailer of Money heist. Remaking of the popular Netflix series, ‘Money Heist’ has attracted many stars to their handle.

They began in 2017, when Babatunde Sanni decided to share their skills to the world via social media. In an Interview with CNN, Sanni said, “I felt like, these things we are doing in our house, why don’t we start putting them online?”. “Our house is like a comedy house, we play too much,” Babatunde Sanni told CNN.

The group make use of household items to depict top gears used in movies. They use tools such as wheel barrow to depict luxurious cars; shovel to depict guitars, while they continue to look for ingeneous ways of making videos. Their skits have attracted hundreds of thousands of followers across the globe.

Hollywood producers, Russo brothers, invited Popular Nigerian online comedy group, Ikorodu Bois to attend the premiere of the movie ‘Extraction 2’. This was after the group re-enacted the trailer of the movie and posted on Twitter and Instagram.

Alvaro Morte also acknowledged their video describing it as an amazing job .

Ikorodu boiz have been remaking videos with funny themes and props for over three years.
A group of siblings, headed by their eldest brother, Babatunde Sanni, the videos of Ikorodu boiz have caught the attention of film makers worldwide.

“Our environemtn inspired us, we thought of posting what we do in our house online. And this has attracted love and acceptance from people. Thank you so much”, Babatunde said.

The Ikorodu boiz, no doubt have been gaining more recognition everyday.

Taking to their social media handle to appreciate Netflix for their gift:
“Netflix!!!! Thank youuuu!! @netflixfilm you guys are amazing, we’ve received the gift, we love it!…

“Sir @kunleafo we would love to say a very big thank you as you received us with open arms and for also giving us the opportunity to better our crafts and for also deciding to be a Mentor to us, and for the scholarship program as well, we want you to know how much we appreciate this sir, you are a father and we are ready for the father-children tutelage from you sir. “We look forward to having you as a pillar and uplifting hand in our endeavor and growth”.

Soon, they may be in the United States on invite by Russo Brothers, co-producers of American action-thriller film, to see the premiere of Extraction 2.