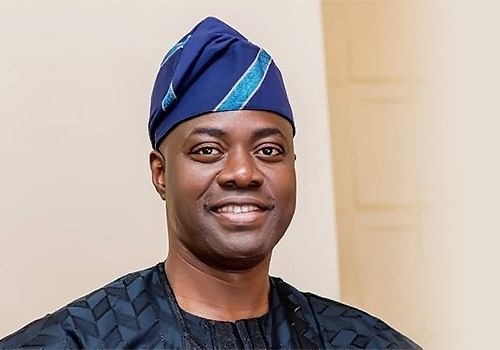 He wished Muslims in the state, Nigeria and across the world a new year filled with blessings and benevolence of the Almighty Allah.

The felicitation by Makinde came on the heels of the acceptance of Friday, August 21 as the first day of Muharram 1442 AH by the Sultan of Sokoto and President-General of the Nigerian Supreme Council for Islamic Affairs (NSCIA), Alhaji Muhammad Sa’ad Abubakar (CFR), following a recommendation by the National Moon Sighting Commitee of the NSCIA.

The governor said: “Hijrah (immigration to Madinah), no doubt, kindled the light of hope in the hearts of the early Muslims who set a shining example for all Muslims, in every generation, to emulate. It symbolises a new beginning.

“So, it is my prayer that all Muslims in Oyo State and the country will experience positive improvements and progress as the Hijrah 1442 AH begins.”

Governor Makinde, in a statement signed by his Chief Press Secretary, Mr. Taiwo Adisa, congratulated the Muslim Ummah in the state on the opportunity to witness a new Islamic year, urging them not to relent in praying for the state and the country.

The governor, who stated that Hijrah began when the Holy Prophet Muhammad migrated from Mecca to Madinah, enjoined Muslims to continue to demonstrate good neighbourliness, love and dedication to the state.

He urged them to work deliberately to ensure peaceful coexistence at all times.

According to him, the essence of Hijrah is that it is a process of transfer to a better situation, a search for an environment more favorable to continuous and constructive effort.

He noted that Muslims in the state should follow lessons taught by Prophet Muhammad following his immigration to Madinah.

“The Holy Prophet, following his immigration to Madinah, taught a lot of lessons including worship to God, brotherhood, good neighbourliness and good welfare for the people, among others. In short, the Hijrah teaches that wherever Muslims go, they should bring goodness to that land. Muslims should work for both moral and material goodness of the society.

“Therefore, I urge the Muslim Ummah in the state to continue to show their dedication to the wellness of the state, contributing their quota in different ways to its development and I assure that the administration will continue to fulfill its promise to uplift the state and and move its people from poverty to prosperity.

“I commend the Muslim Ummah for the immense contributions they continue to make to the progress of our dear state and wish them a successful and prosperous Hijrah 1442 AH.”