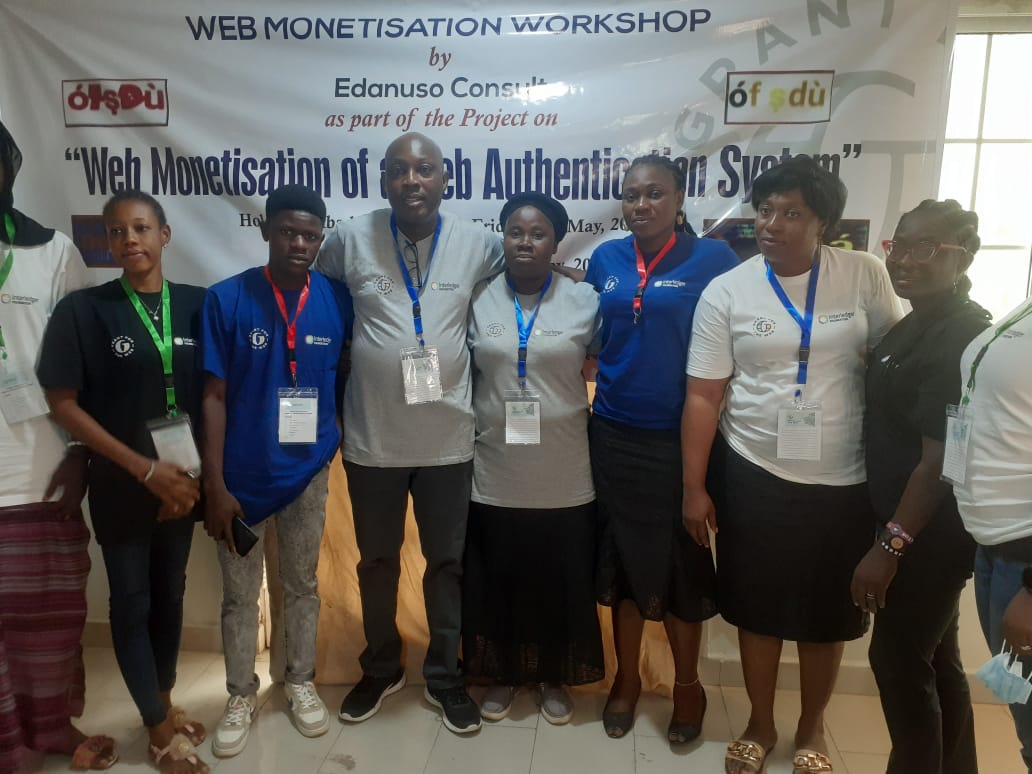 No fewer than 200 developers in Oyo State have been trained on Web Monetisation using a local product ‘Ycaptcha’  to solve online security breaches.

The News Agency of Nigeria (NAN) reports that the event Web Monetisation Workshop  was part of the project on ‘Monetisation of Web Authentication System’, a thesis by Mrs Taiwo Olanrenwaju, a doctoral student of the department of Computer Science University of Ibadan (UI).

NAN also reports that the event was organised by Edanuso Concept in collaboration with Interledger Foundation and Grant for Web.

An Associate Professor of Computer Science, UI,  Seyi Osunade said the training introduced a new model by which Nigerians can make money online based on what they are able to create.

He noted that content creators be it audio, video, skits and authors can monetise  it using the technology called ‘Web Monetisation’ and the income comes directly into their account, that is a digital wallet.

“We have been able to connect that technology with a local product that was developed at the University of Ibadan called the ‘Ycaptcha’.

“It is that Ycaptcha that we have monetised that we have now used to show that truly when you use this, you will have some income coming to you using that Web monetisation technology,” Osunade said.

He said Ycaptcha has been localised using Yoruba character set which  was not in the Latin set which makes it difficult for automated bugs and computer programs to attack or breach one’s security.

“It enforces one’s security when you use Ycaptcha online and it is also a way of preserving our culture and language in the digital age as it brings Yoruba Language Into technology, ” the don said.

Also, Olanrenwaju, who invented Ycaptcha said as a result of  trying to solve online security issues through text based Captcha that Ycaptcha was developed.

“We added some Yoruba vowels to make it stronger and less  vulnerable for attack. This is to protect websites from intruders which are automated machines,” she said.

Olanrenwaju, a lecturer at Federal College of Animal Health, Moor Plantation, Ibadan stated that the technology, if deployed, can bring in steady income for Nigerian youths who are content creators.

Some of the participants at the event, Great Babalola, Oluwagbenga Ogunlusi  among others lauded the initiative, adding that using Yoruba language to solve online security issues within the information technology system is excellent.