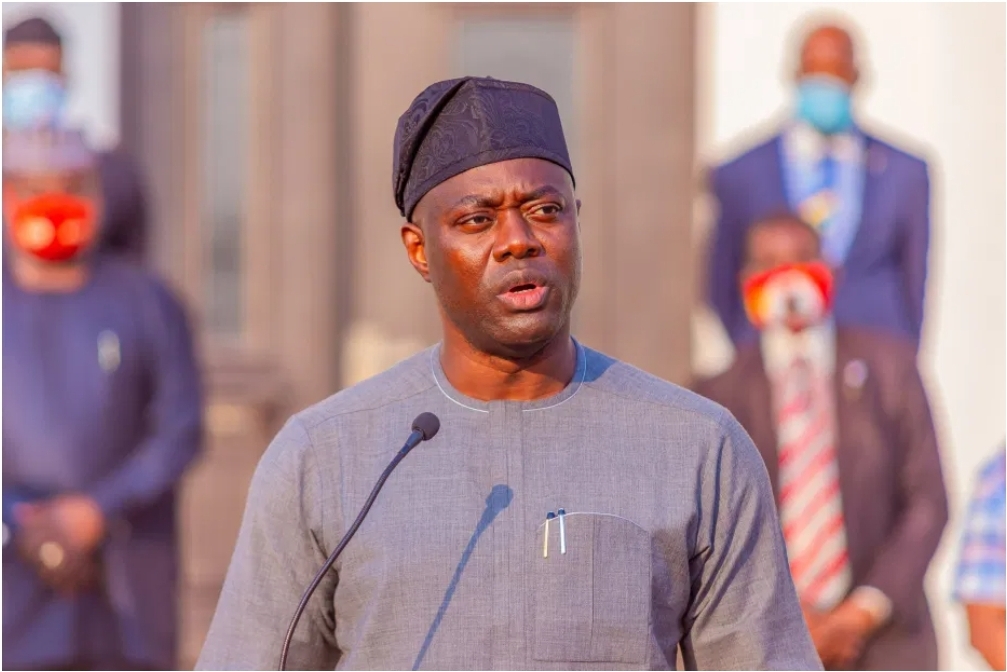 Governor Seyi Makinde has said the Oyo State Government does not have facilities to store the 1,800 vaccines allocated to the pace-setter state by the Federal Government at minus 70 degrees centigrade.

The Governor said this during a Press briefing at the Government House, addressing the second wave of Covid-19 and issues bothering on insecurity in the state.

He noted that, the⁶ number is also grossly inadequate. Therefore, the State is exploring other means of getting these vaccines to its people.

Makinde said, “On the issue of vaccines, the Federal government has allocated 1,800 vaccines for Oyo State, but we don’t have the facilities to store it at minus 70 degrees centigrade”.

“I have been advised that Astrazeneca vaccine is more suitable for Oyo State due to storage instructions. So we are opening discussions directly with the manufacturers to see how we can get as many as possible for our people”, he said.

He also said the data at the State’s disposal is not pointing to a second wave, as the curve was never flattened to start with.

“With recent happenings and talks of the second wave of COVID-19, it becomes necessary that I address you. Let me start by talking about the issue of this supposed second wave. I have always said that all our responses to COVID-19 in Oyo State will be guided by data, science and logic. As far as Oyo State is concerned, the data we have is not pointing to a second wave as the curve was never flattened to start with”, he said.

He added that the state followed the Nigeria Centre for Disease Control (NCDC) guidelines, testing mostly sick people or people who had direct interactions with those who had the virus.

“The NCDC has revised those guidelines and made testing open to accommodate more people, including those who may not even be showing any symptoms. So, from December 2020 till date, we have conducted a further 14,000 tests and have had 696 positive cases”, he added

“So, it is clear that we did not have any flattening of the curve. Rather, we had more people becoming complacent and acting as if the pandemic was over. But the Emergency Operations Centre (EOC) has continued its work of monitoring and enlightenment”.

Admitting that COVID-19 is still very much with us, Governor Makinde urged residents to join hands with Government by slowing down the spread by taking precautions, the logical thing to do is to follow what science dictates.

He promised that his administration is doing everything within its power to provide more resources for the EOC to continue to manage the spread of this disease.

“We are facilitating greater collaborations between the laboratories, the University College Hospital (UCH), Ibadan and our Infectious Disease Centre at Olodo. We are also carrying out training for private clinics/hospitals, so they can follow the right protocols. And for those who may need oxygen, we are signing an MOU with Hermon Energy to use their facilities if need be”, he added.

On Security, Governor Makinde opined that there are people, that do not want Amotekun to succeed, and they will use lies and disinformation to push their agenda.

He however called on anyone who has a genuine case against the members of the corps to come forward with their grievances.

Makinde further said the State Government is setting up a proper information channel for security agencies in the State.

He noted with dismay that some village heads are allocating land to undocumented foreigners, saying any village heads found wanting in this regard will be sanctioned.

“We have identified that there is presently some friction between the Oyo State Western Nigeria Security Network and the Nigeria Police in the state. We are all working towards the same goal, but sometimes we want to go about things differently. So, we are setting up a committee to iron out the frosty relationship between the two institutions and bring about an alignment of operations”, he added.

Makinde also said his government is putting in place other policies to address insecurity, especially with regards to youth restiveness.

“Last year, after the EndSARS protests, we talked about three things that we will be doing to reduce youth unemployment and improve the security situation in the state. We talked about the 500 Million Naira MSME fund we will set up; employment opportunities for 5,000 young persons across all government agency schemes; and the provisions for the Direct Labour Agency in the budget. We will be proceeding with these plans as scheduled this year”.

“The safety and security of all residents of Oyo State remain our top priority. We will continue to work relentlessly to tackle cases of kidnapping and insecurity in our state. I repeat that we will ensure that any member of the corps proved to have been highhanded in the discharge of their duties will face the full wrath of the law. So, I urge you all to please let members of the corps do their jobs without fear of being targeted for the work they are doing”, he concluded.