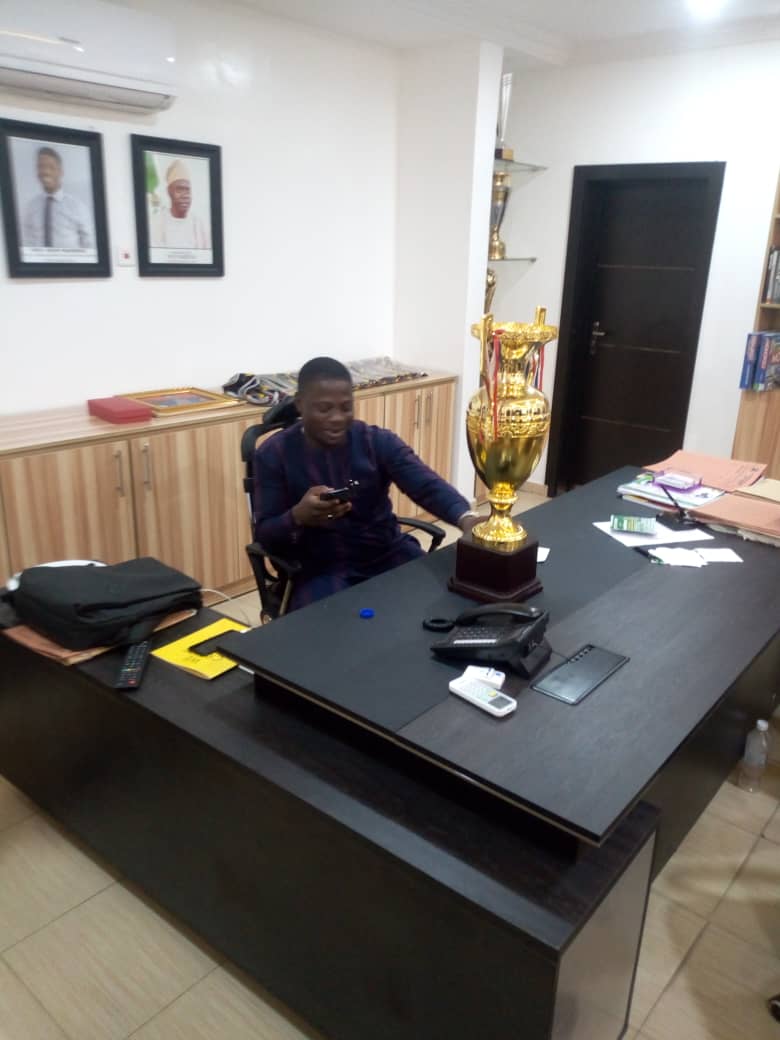 The state’s Commissioner for Youth and Sports Asiwaju Seun Fakorede, revealed this while receiving the victorious team, led by the General Manager, Rasheed Balogun in his office on Wednesday.

The Commissioner who played host to the team on behalf of the governor, stated that Governor Makinde had planned to personally receive the team but for other pressing matters he had to attend to.

“His Excellency actually was going to receive us but of course you know that the demands of the office and the assignment is quite enormous, a lot of things came up again that he has to attend to and that was why he delegated me to receive you all on his behalf.

“I want you to know that he is very very proud of you all, especially for making the state proud by winning the Cup again in the just concluded tournament.

“We have a governor who does not just say he is going to support us just in words but who backs it with the corresponding action.

“Really, the crop of players that we have and even the entire management of 3SC is blessed to be with us at such a time like this, when we have a responsible and responsive governor, who has decided to make sports one of his priorities.

“Now I want us to go back and re-enforce our strength and whatever we need to do because we have not even started, the most important thing is, by tge grace of God, I want us to be able to stand like this before the governor and say sir, just as we promised you, we have come to deliver the promotion ticket”, said the Commissioner.

Asiwaju Fakorede expressed confidence in the ability of the team to deliver the ticket, going by the quality of players in the team and their committment and response to training.

He described the victorious outing of the Oluyole Warrios at the preseason tourney as a testament to the readiness of the team for the challenge in the league.

The Commissioner seized the opportunity to speak on what the remodelled Lekan Salami Stadium, the home ground of the Ibadan soccer lords would like when the ongoing work is eventually concluded.

According to him, the stadium will be upgraded to a standard arena in every ramification, with the sitting capacity increased from eight to at least ten thousand, a beautiful mainbowl, , suitable playing surface, four standard dressing rooms, while the state will also have four standard training pitches.

Responding on behalf of the players, the team captain, Waheed Omololu, reassured the governor that the promotion ticket will be delivered to him at the end of the season.

” We are using this opportunity to tell you that this is how we are going to present the promotion ticket to His Excellency”, said Omololu, who had earlier presented the coveted trophy to the Commissioner.