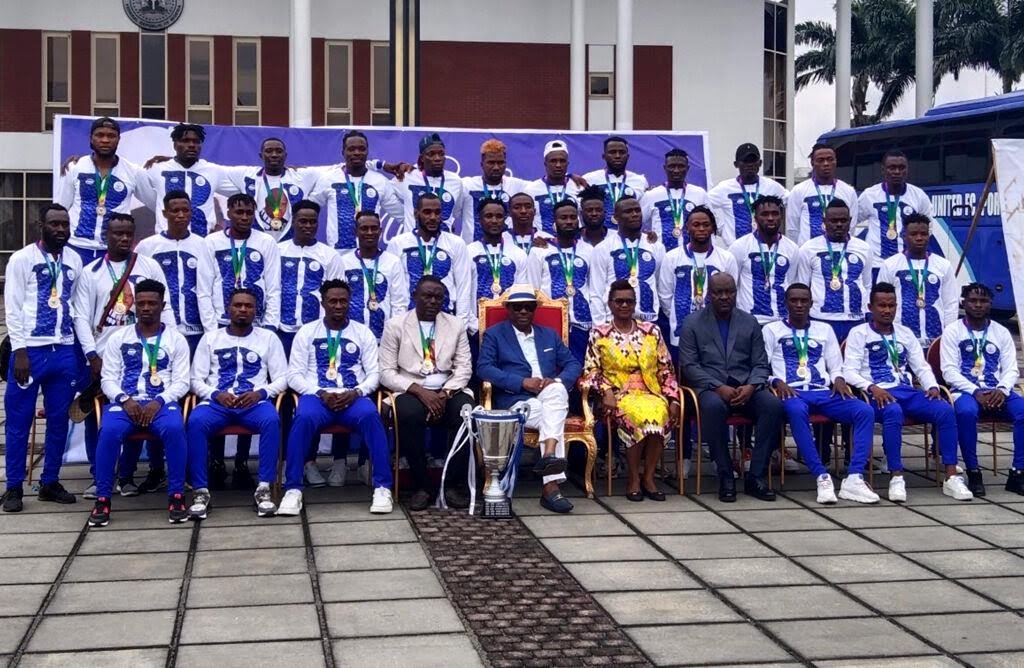 Rivers State governor, Nyesom Wike has rewarded players of state owned club, Rivers United with the sum of $20,000, over 12 million naira, each for winning the Nigerian Professional Football League, NPFL.

The win which was the club’s first in its history follows a league season where they led the league table for most part of the season and finished with 77 points, ten points better than second placed team Plateau United.

The ceremony took place at the Rivers State Government House, Port Harcourt and had the governor personally in attendance where he took photos with the team.

The team, as part of the reward, will also embark on two weeks pre-season training in Madrid, Spain.

He also promised a further $40,000 if they make it to the group stage of next season’s CAF Champions League.