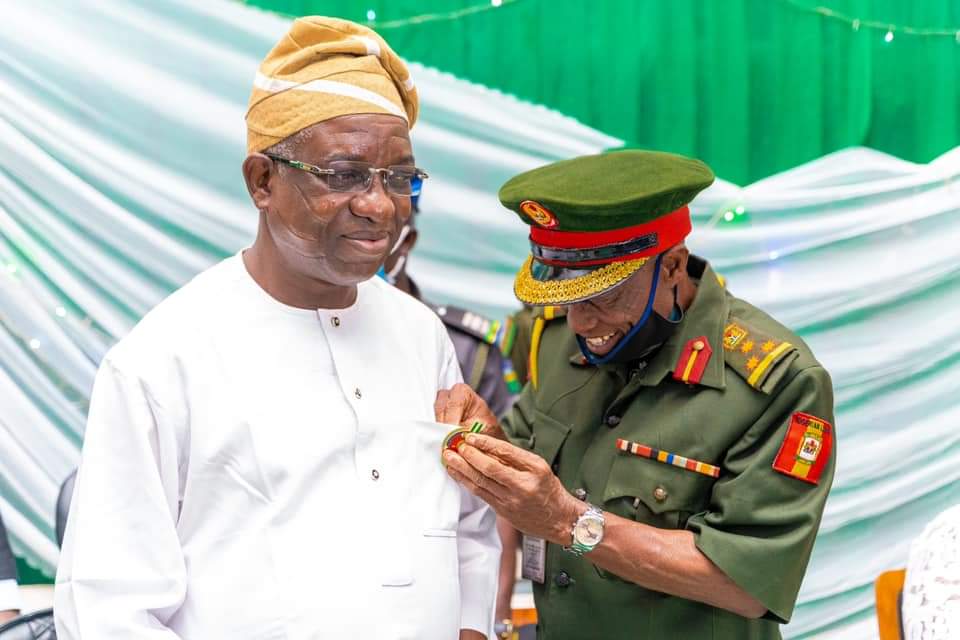 Governor Seyi Makinde of Oyo State, on Wednesday, has urged all Nigerians to continue to care for the needs of maimed soldiers, the children, widows and other dependants of fallen heroes.

The Governor, who was represented by the Deputy Governor, Engr. Rauf Olaniyan, stated this at the launching of 2021-Armed Forces Remembrance Day Celebration Emblem Appeal Week, held at the House of Chiefs, Parliament Building, Secretariat, Ibadan.

He also said the day was meant to honour and sensitize the public on the need to cater for the welfare of veterans who are still alive as well as families of the fallen heroes/heroines.

He said, “I am highly delighted to welcome everyone to the formal launch of the Emblem Appeal Week which unfolds the 2021-Armed Forces Remembrance Day Celebration in Oyo State.

“It is pertinent to note that the Armed Forces Remembrance Day Celebration emerged out of the need to honour our fallen heroes who laid down their costly lives in service to humanity during the first and second World Wars, Nigerian Civil War, Peace Support and Internal Security Operations. The occasion is also designed to honour and sensitize the public on the need to cater for the welfare of veterans who are still alive as well as families of the fallen heroes/heroines. From history indeed, they have done wonderfully well and some nuggets of gold they left behind would surely lead our nation to a better future.”

“Distinguished ladies and Gentlemen, I hereby launch the 2021 med Forces Remembrance Day Emblem and other activities with a sum of N2 Million to the Glory of God and enablement of better life for our ex-servicemen, veterans and dependants of those who paid the supreme sacrifice for the unity and progress of our nation.” 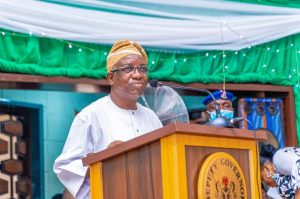 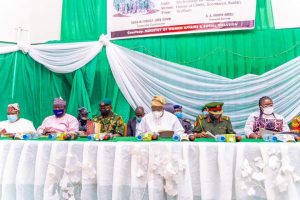 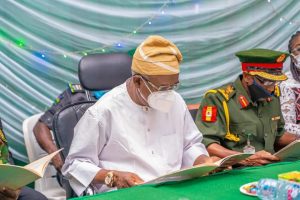 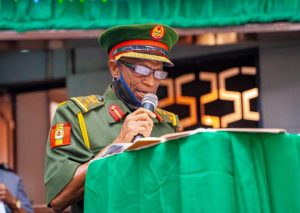 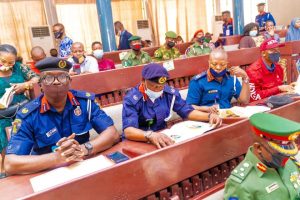 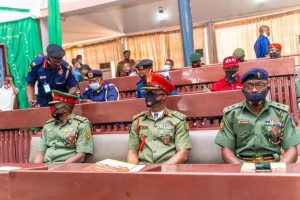 While adding that the donations would support ex-servicemen and women with disabilities and those who are now under-privileged, he explained that it was noteworthy that collective efforts should be made to consciously care for the needs of maimed soldiers, their widows, their children and other dependants.

“I appeal again to the humanitarian spirit of our industrialist commercial firms, corporate organizations, philanthropists and all individuals to donate amply to the Armed Forces Remembrance Emblem Appeal Week Fund, so as to support People with Disabilities and the less-privileged ex servicemen and women.”

Similarly, Governor Makinde charged members of the Nigerian Legion to take advantage of various schemes of the Federal, State and Local Governments; Non-Governmental Organisations as well as interventions from philanthropists to make lives better for them.

“I strongly believe that the Nigerian Legion, Oyo State Chapter would continue with various relief packages designed to make Legionnaires, Widows and their dependants self-sustaining thereby reducing poverty. Their efforts are commendable, however members of the Nigerian Legion should take advantage of the various schemes of the Federal, State and Local Governments Non-Governmental Organizations as well as philanthropists to make lives better for its members. I wish to re-assure you that the Oyo State Government will continue to support the activities o the Nigerian Legion, especially those self-sustaining projects to enhance the lives of the dependants of the fallen heroes.”

Earlier, the Oyo State Chairman, Nigerian Legion, Mr. Michael Fajimi, said that the main focus of the programme was to raise fund in order to cate for the Veterans who are still alive but incapacitated, living in despair, the children and widows of the departed heroes.

He assured that the Nigerian Legion will continually give full support to the Government in securing lives and properties of the citizens and residents of the State.