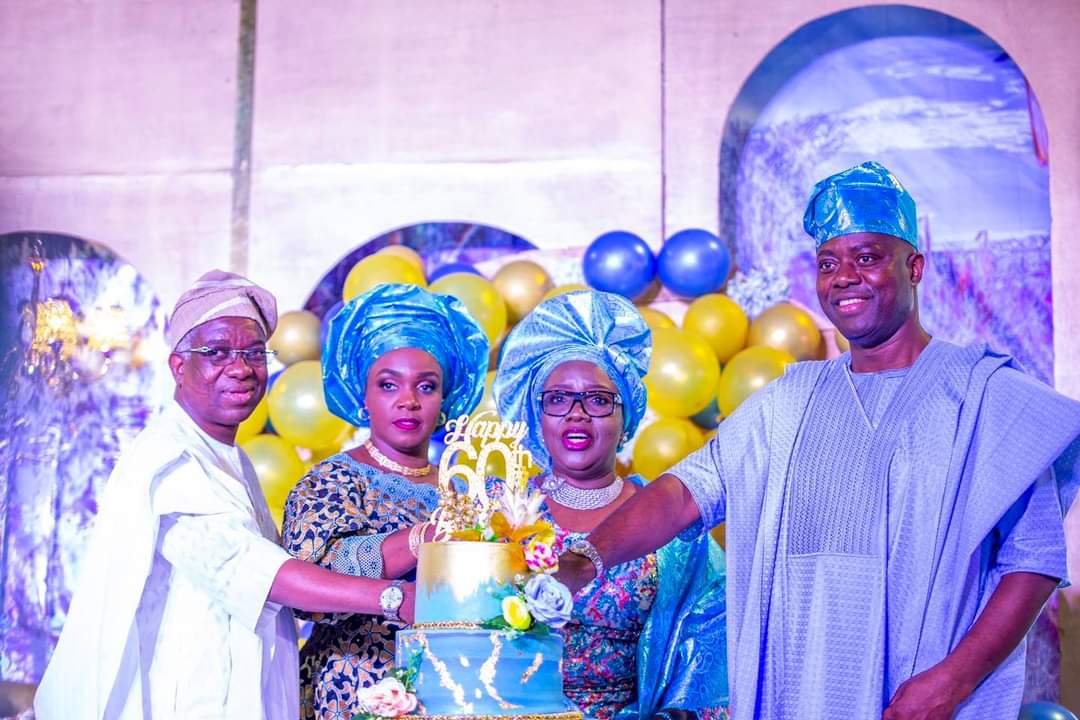 Governor Seyi Makinde, his wife Tamunominini Makinde and his Deputy, Engr. Remi Olaniyan were among dignitaries who celebrated with former member House of Representatives, Hon Mulikat Adeola Akande, as she marked her 60th birthday in Ogbomoso,  her hometown.

Governor Makinde prayed that God’s blessings and protection abide with her always and that she remains in good health for the rest of her days.

He said the Ogbomoso born politician has over the years proved herself to be a worthy ambassador and representative of her hometown and Oyo State.

Makinde noted that apart from her contributions to the development of Oyo state as a one time Honourable member of the House of Representatives, she equally made remarkable strides in her hometown.

Mulikat Adeola Akande, (born 11 November 1960) is a Nigerian politician and Senatorial aspirant. She was elected into the House of Representatives on the platform of the People’s Democratic Party (PDP) representing Ogbomoso North, South and Orire Constituency in the year 2007 and re-elected in 2011. She was a former Minority leader at the lower chamber of the House.