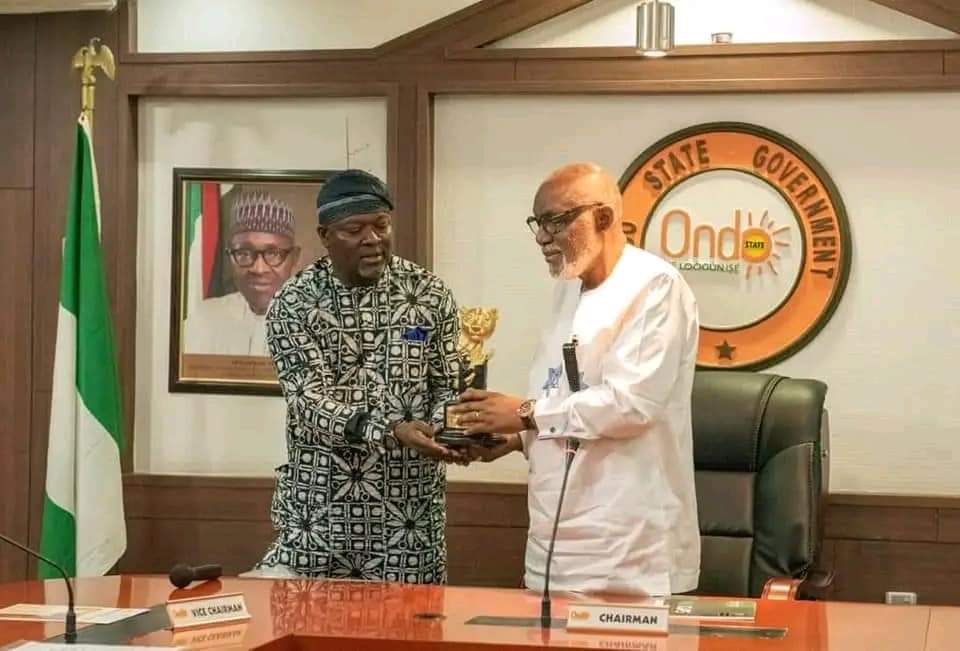 Ondo State Governor, Arakunrin Oluwarotimi Akeredolu, SAN, CON, has been honoured with an Award of Excellence at the Yoruba Cultural Exchange Festival and Awards held in September, 2022 in Chicago, United States of America.

The Commissioner for Culture and Tourism, Mr. Adewale Akinlosotu, received the award on behalf of the Governor.

The Commissioner presented the award to the Governor at the State Executive Council meeting on Monday.

According to him, the award was in recognition of Governor Akeredolu’s stand on Amotekun and the protection of the people of Yoruba land.

“Mr. Governor, I think it is noteworthy to say that you have been described as a beacon of hope for Ondo State and Nigeria,” the commissioner said.

In his remarks, Governor Akeredolu thanked the Yoruba group for the honour, pledging to carry on the struggle for the good of the people.

The Governor said: ”It should be noted that the Commissioner for Culture and Tourism was in Chicago physically where he collected the award. So, I want to thank you for the representation and I believe again that this is for Ondo State.

“I want to thank the Yoruba cultural group for this honour and by the grace of Almighty, we will not disappoint them. We will carry on with the struggle. The struggle continues.”