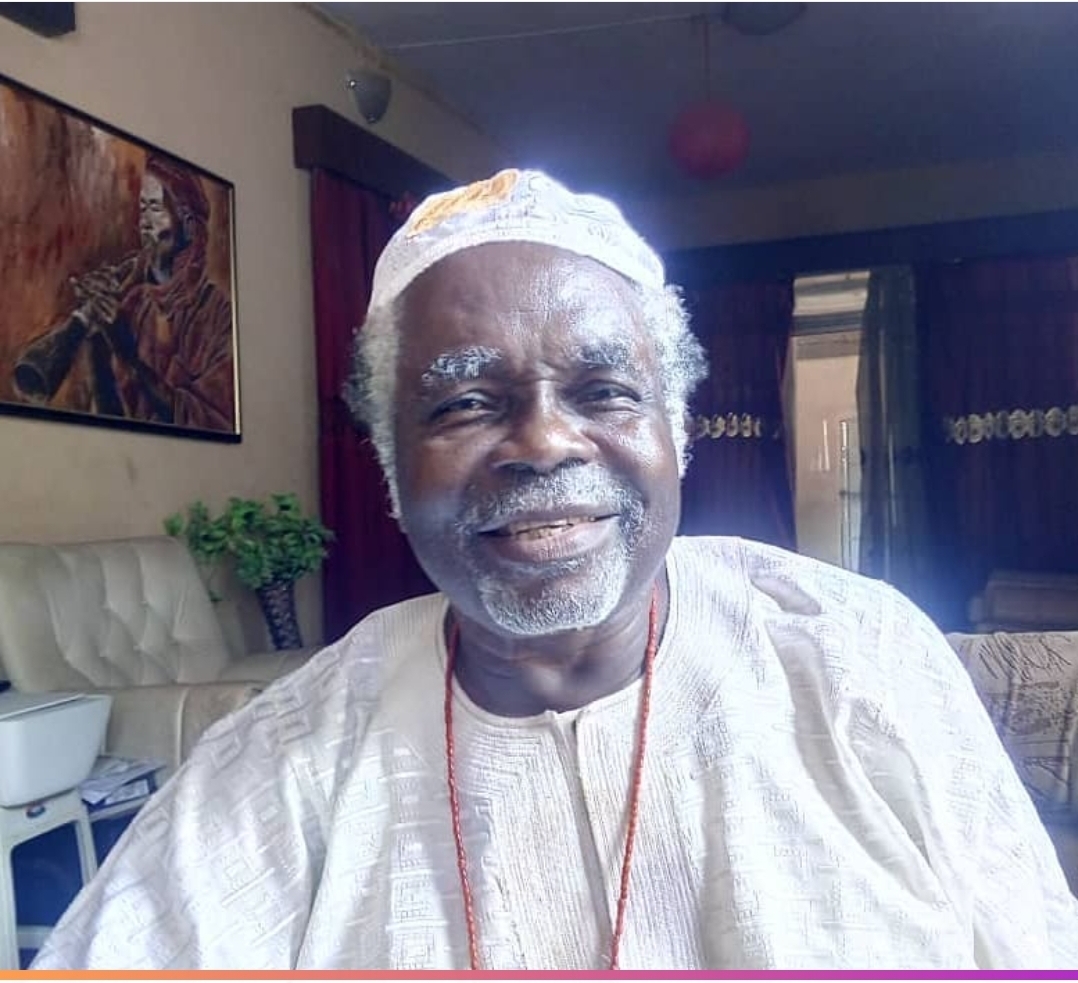 Former Presidential aspirant, Dr. Olapade Agoro is dead. He died at the age of 77.

He was born at Ajibabi village of Ibadan to Royal Prince of Atapami Dynasty of Itapa ijesha on October 9, 1943. His parents were late Omo-Oba Owa ‘Tapa Joshua Alaba Agoro and his wife Late Mother in Israel Dorcas Oyejola Asabi Agoro.

In 1982, he was installed the Owa ‘Tapa of Itapa-Ijesha, an Obaship Traditional title.

In July 2006, he became the National Chairman, Conference of Nigeria Political Parties (CNPP).

Dr Olapade Agoro is the originator of several concepts and policies which were adopted by the Nigerian government. Some of them are listed below:

In 1974, he pioneered the Road Safety concept in Nigeria, got the concept promoted and accepted by the Federal Ministry of Works. This was later expanded to Black Africa at large.

in 1976, he pioneered and introduced Plastic ID Cards to the Nigerian market. This was also extended to the existing tertiary institutions from Ibadan to the Northern and Eastern parts of Nigeria including the then young establishment of national Youth Service Corps (NYSC), University of Ibadan, Ahmadu Bello University Zaria, University of Nigeria Nsukka etc.

In 1980 he pioneered and introduced handheld Dictaphone Dictating machines to the media organisations in Nigeria starting with the Broadcasting Corporation of Oyo State (BCOS) during the administration of Engr. (now Alhaji) Lateef Busari.

In 1982, as an Executive Member of Ibadan Chamber of Commerce and Member of NACCIMA under the Chairmanship of Chief A. Olunloyo (of blessed memory), he single handedly and successfully organized the 1st EXPOYO for Oyo State Government at a huge profit of N82,000.

In December 1984, he organized and did the 1st Food Production Technology Conference and Exhibition at the University of Ibadan.

In 1990, through his company Olapade Agoro Investment Company Ltd., he organized and did the 1st International Oil Conference in Abuja, the first of its kind in Black Africa; which recommended “Promote Use Of Gas To Boost Oil Export”. This recommendation now earns Nigeria enormous foreign exchange.

In 1983, Dr Olapade Agoro became the first Black African to be honoured as a Distinguished Guest of Society of Automotive Engineers (SAE) and was later presented with the key to the city of Detroit, Michigan.

In 1989, he was appointed a Juror of Snares Brook Crown Court, UK.

Among others, he received letters of Commendation from past Nigerian Leaders; President Shehu Shagari, Ibrahim Badamosi, Babangida, Earnest Shonekan, Olusegun Obasanjo and the Nigerian Army severally on “on my stand for the Unity of Nigeria”, “Against drug abuse”, “Against corruption”, “Contribution to Road Safety Awareness” et al.

In November 2004, he became the first Nigerian to be appreciated by Nigerian President Olusegun Obasanjo for his “Concern for the development of our dear country and indeed the African Continent”.

Dr. Olapade Agoro worked for four and a half years with the then Western State Govt of Nigeria and came tops in the workshop conducted by one Mr. Stephens for the World Bank.

He rose to the top of his career first as Progress Officer Ministry of Works & Transport, Central Mechanical Workshop, Eleiyele, Ibadan.

He was then posted in 1971 by Engr. Walkley, Chief Mechanical Engineer (a Briton), to head the Vehicle Inspection Division, Akure, Ondo Province, the then largest Province in Nigeria.

In July 1973, he resigned and voluntarily left the Govt service. In the same year, he started his own company ROAAG Company Nig. Ltd.

He was the Publisher of of “People’s journal International Magazine”, “PJ news” and has so far authored and published 18 books; the latest in the book shelve being “My Prison Experience – Narratives of police Brutality, Rights Abuse and Judgment Fixing”.