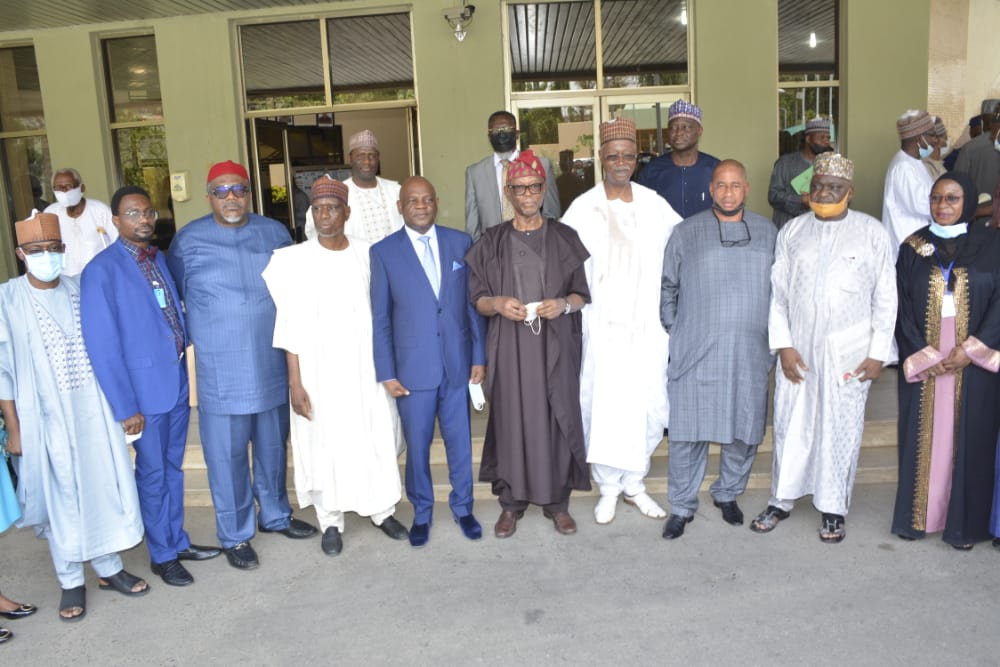 The Minister of Education, Malam Adamu Adamu represented by the Permanent Secretary, Federal Ministry of Education, Arch.Sonny Echono inauugurated the new Governing Council of the University of Ibadan and four other universities at a ceremony on Monday 19 April, 2021 at the Auditorium of the National Universities Commission, Abuja.

In his speech, the Minister emphasised that one of the challenges which Governing Councils should tackle during their tenure is in respect of the appointment of principal officers.

He advised members to steer clear of undue external influences in the process of such appointments and ensure that proper attention and priority is accorded to relevant university laws and government guidelines.

He also admonished that transparency, probity and due process must be followed in the selection and appointment processes to ensure the emergence of the best candidates for the positions of principal officers.

The Minister stated that “We have seen deviations in the recent past in this regard fuelled by growing interest, external influences, including from political leaders, in the appointment of principal officials in our universities”

Malam Adamu, urged the former Governor of Edo State and former National Chairman of All Progressives Congress (APC), Chief John Odigie-Oyegun, who is the Chairman, Governing Council of University of Ibadan, alongside other Chairmen of Councils, to ensure stability, continuity and rebuild confidence and integrity in their various universities. 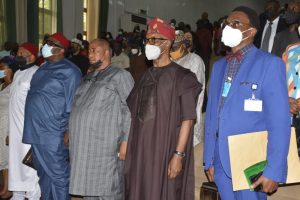 Malam Adamu stated that “As you are all aware, unnecessary conflicts can affect the smooth running of any institution. Clash of interests, values, actions or directions often ignite conflicts between Management and Governing Councils of tertiary institutions.”

He went further to warn that “The Ministry will not hesitate in recommending the dissolution of any Governing Council that is engulfed in persistent, unwarranted or self-inflicted crises.”

Chief John Odigie-Oyegun, who spoke on behalf of other members of the five Governing Councils, said they would put in their best to reinvigorate the university system in Nigeria.

It will be recalled that the President, Federal Republic of Nigeria and Visitor to the University of Ibadan, Muhammadu Buhari, GCFR, had earlier approved the dissolution and reconstitution of the Governing Council of the University.

Members of the newly inaugurated Council for the University are: