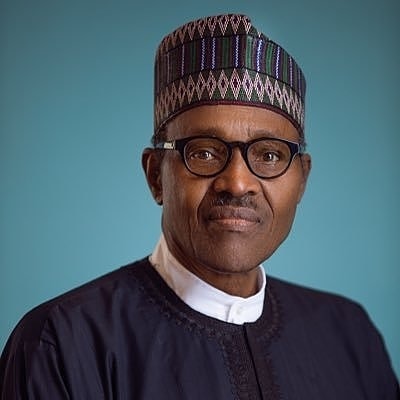 There were strong indications on Tuesday that the Federal Government had begun a clampdown on promoters of #EndSARS protests by freezing their bank accounts.

Some #EndSARS promoters, who spoke separately to The PUNCH,  said their banks informed them that the Central Bank of Nigeria had directed that their accounts should be frozen.

Last months, youths calling for the disbanding of the Special Anti-Robbery Squad of the Nigeria Police protested for two weeks in major cities of the country.

On Tuesday, some promoters of the protests said their accounts had been frozen for the past two weeks.

The CBN, according to multiple complaints received by The PUNCH, reportedly instructed banks to place a ‘Post No Debit’ restriction on the accounts.

The banks, it was learnt, were able to implement the directive by tracking the ‘narration’ of transactions.

Bank transactions that included the narration #EndSARS or End SARS were immediately flagged while such accounts receiving funds were frozen.

Speaking to The PUNCH, a pharmacist, Bassey Israel, who was in charge of the #EndSARS medical team in Port Harcourt, said his account with Access Bank marked 003397XXXX had remained frozen since October 15.

According to him, when he learnt of the development, he went to the bank to find out the reason for it. Israel said he was informed by a bank officer that the directive came from the apex bank.

He said, “I am in charge of End SARS medical team in Port Harcourt and we had people donating for medical supplies, food, water, ambulance services and these donations were made directly into my account and of course these donations had End SARS descriptions so I think that was how they were able to flag my account. I noticed that on October 15, I was trying to make a debit transaction on my account and noticed that there was a restriction.

“So, I called the bank and I was told that there was indeed a restriction but I should go to any branch near me and when I did so, the branch manager sent a mail to the branch where I opened the account. The response to the mail was that there was a directive from the CBN to restrict the account.

When asked if others had similar problems, Israel said, “I know many persons that have this same challenge.”

Israel said the money in the frozen account was a substantial sum.

Another #EndSARS protester told one of  our correspondents that she had not been able to access her account and had been informed that it was frozen.

She, however, wished to remain anonymous for fear of being victimised by the government.

One of the promoters of the #EndSARS movement, Feyikemi Abudu, also confirmed in a tweet that the accounts of several persons involved in the protests had been frozen.

The acting Spokesman for the CBN, Abdulmumin Isa, who was first contacted last week on the telephone, asked the correspondent to give him some time.

However, after one week of waiting, Isa had yet to provide any information on the matter.

Also, as of the time of sending this report at 8pm on Tuesday, he had yet to respond.

The Spokesman for Access Bank, Abdul Imoyo, said he could not make comments on individual accounts of customers for confidentiality reasons.

Meanwhile, the Nigeria Immigration Service on Monday prevented a promoter of the #EndSARS movement, Modupe Odele, from travelling.

Although the NIS officers did not disclose the reason for their action, it is believed that the action was taken because of her alleged role in the #EndSARS protests.

Odele, had through her Twitter handle, @Mochievous, mobilised her 219,000 followers during the protests.

She had also ensured that free legal aid was given to persons who were unjustly arrested during the demonstrations.

Confirming the development in a newsletter sent out on Monday, the lawyer said she was on her way to the Maldives to celebrate her birthday when she was accosted by immigration officers.

She wrote, “For my birthday, I had planned a trip to the Maldives. It was really for a break as the events of the last three weeks have exhausted my mind and body in a way I have never been exhausted in my life.

“I went to the airport, passed through immigration, and while I was putting my bags through the body and baggage scanner, the immigration officer who had previously cleared me, called me back. He told me he had orders from above to detain me.

“Okay, at this point I’m like excuse me, my flight is in an hour. On what grounds are you detaining me?” He didn’t respond. Instead, he goes to his computer where he typed in my name, and something that looked like a ‘wanted poster’ popped up on the portal.

“He blocked my view so I couldn’t see most of it but I saw some of it. And it read something like – ‘This person is under investigation by XYZ Intelligence Agency. If seen, they should be apprehended on sight.’”

Odele said she was detained while her passport was seized by the officers and she was made to miss her flight.

The Spokesman for the NIS, Sunday James, said he did not have any information on the matter but promised to find out.

There were reports that the Federal Government had begun going after notable persons in the #EndSARS protests and had placed some of them on a ‘no fly list.’

However, the Federal Ministry of Interior denied the allegation, saying it did not generate any ‘no fly list.”

Reacting to the reported freezing of bank accounts belonging to supporters of the campaign, the #EndSARS protesters said the President, Major General Muhammadu Buhari (retd.), was simply displaying the traits of a dictator.

A member of the group, Dayo Ariyo-Atoye,  in an interview with The PUNCH, said it was unfortunate that Buhari’s regime would take extrajudicial measures to curtail the #EndSARS campaign.

He stated, “What we have seen is worrisome and totally condemnable and unfortunate. It is not impossible that this government can take an illegal measure to curtail the #EndSARS campaign, especially now that the northern irredentists are calling for a crackdown on social media and free speech.

“So, it is not unexpected that this government can do it. As a military head of state, General Buhari did it. As a civilian, he is also showing the same traits of military dictatorship.”

On what the #EndSARS movement would do, Ariyo-Atoye said his group would request foreign governments to repatriate the families of all government officials living abroad.