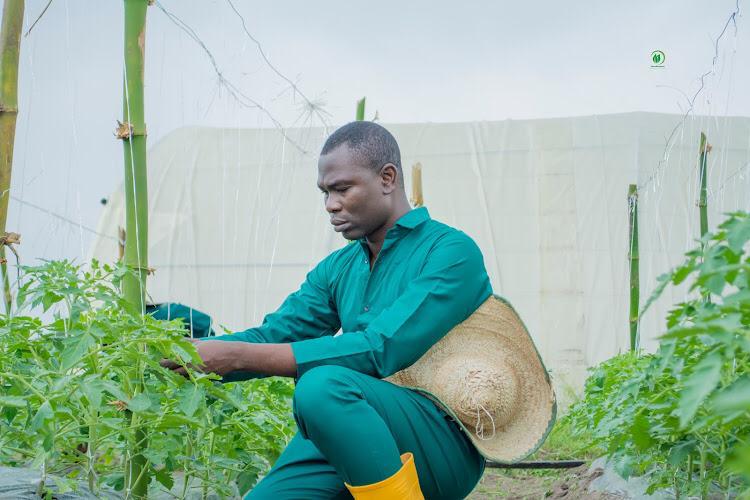 The fastest growing Agribusiness Company in Nigeria, FarmKonnect Agribusiness Nigeria Plc has reiterated its commitment to better serve its partners irrespective of the challenges it’s confronted with amidst the Covid 19 crisis. 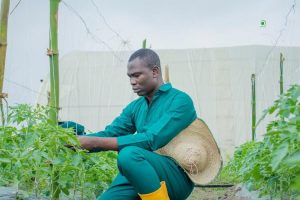 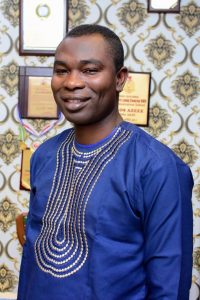 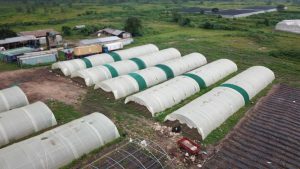 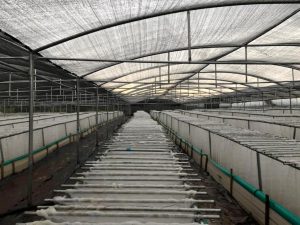 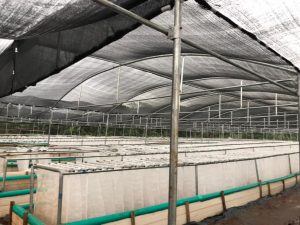 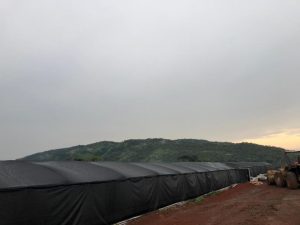 a Retired naval Officer made this known at the company’s head office in Ibadan yesterday during a press briefing held to clear the air of some wrong perceptions being circulated online, and also update its esteem partners on the present situation of things.

The founder who noted that though the online publication about delay in payment of ROI to partners who had invested in the company’s snails village located at Ekiti state was true, it is imperative for him to clear the air on some wrong perceptions being circulated about FarmKonnect, the Executive Governor of Ekiti State, Who has no involvement whatsoever in this but being used for cheap attention and the image of the brand.

He said “the year 2021 had been a challenging year for us, though last year, the impact of the COVID 19 was minor but, this year the company had its shares of the impact hugely”. “The first thing I want to say is that FarmKonnect is not a company that is created just as a crowd-funding/Crowd-funded company (though we ran 3 crowd-funded project, and we regret them), we run what we called Agricultural Real Estate, which is our brain child on the African Continent, with this, people buy properties which are control farming system or farming facilities (Not land) and are kept on our farm for us to manage, they can also have it on their farms.

In this structure, the ownership of the facility as well as the associated horizon risks are with the investor even though we manage it for them, (we only own the operational risks when we manage the farms) but in order to protect the investors, we go extra mile in getting insurance protection for all our clients”. And things we cannot control on such investments, we indemnify ourselves on it and spell it out to the investors on the agreement. Unfortunately, many people do not read their agreements. Regardless of this indemnity, we still promised our esteemed partners that we would ameliorate/ eradicate the losses, if we had enough time to farm the assets we have acquired.

This year started with a Force Majeure, after we launch the snail village in Ekiti State, and for the first time in 4 years, we had a wind disaster and lost over 300 Million Naira worth of equipment and over 70 Million Naira worth of snail were killed. After this had happened, we ran to our insurance provider, laid the complaint, they inspected the site and reported that we have a claim, how do you have a claim if there was no incidence and insurance to cover such? In July, the claim was paid, but over 80 Million Naira less than the amount filed for, (this is verifiable). Regardless, we are grateful to Consolidated Hallmark for coming through for us on this particular project
The founder noted that after the entire process, the company reached out to the partners to update them on the issue at hand, what have been done so far and the steps taken in order to ensure the destabilization of the project. He added, “We had meetings with our partners and investors to inform them on what we are going through and to assuage their fears. We also mentioned the actions taken, including the upgraded designs which were refabricated in China and on the way to Nigeria.
“We are optimistic that within the next six months, the snail farm would be fully back on but regardless, we will have sorted our partners and restabilize their revenue calendar, we know that we would lose one year on the 5,000 sqm that was damaged, so we built 10,000 sqm in replacement so that we can recover from the losses within a maximum of 24 months. so we envisage that if we lose a year on 5 thousand square meters, we have built 10 thousand square meters in replacement, we would be able to minimize the loss of the first year. While we are committed enough not to transfer this loss to the clients, we reached out to our partners to appeal for time. However, there are news on the internet saying this company has gone down and the likes, we understood the feelings, especially with recent happenings, this is to assuage fears, FarmKonnect is here to stay, and we mellowed because we cannot continue to attract partnership in uncertainty. Now that we over 94% out of the trial, and have put measures in place to forestall recurrence of some of the incidences, we are ready from this week to go full blast in business again. Our operations have commenced again across the greenhouses and poultry and preparation for the open field is also on-going. FarmKonnect is a brand that is trustworthy and it’s a brand that is built on integrity and will never trade its integrity for anything. While confirming the delay in the payment of ROI to the investor as alleged in the some online publications, he attributed the outbreak of the COVID 19 pandemic, travel restrictions which also affected the company’s expatriate from coming into the country, alongside logistics problem as major factors responsible for the delay. However, he disclosed that the company is presently doing all in its ability to make sure that they clear up the all the backlog of payments due.
While obliging the media on the Modalities put in place and how far they have gone in clearing some of the backlog of profits, he said “ so far we have been able to regularize the profit for some of our project, amongst which are the poultry, cabbages, NFT, greenhouse , and some others according to the calendar put up, adding that the company may also remunerate its investor after all for the time loss.
The CEO however emphasized that that brand FarmKonnect remains focused and will continue to deliver on its commitment. In the same vein, while appealing to investors to be patient with the brand and maintain the good will for the brand, he said they will continue towards satisfying all its esteem partners. The CEO also mentioned that the Company will open its doors for partnership in few days since it now has all its prerequisite facilities on ground and has emplaced measures to forestall the reoccurrence of the last challenges. FarmKonnect reassure all and sundry of its commitment to nation building and contribution to food security. Think Investment think Agriculture, Think Partner, Think FarmKonnect, Agriculture is Peace.