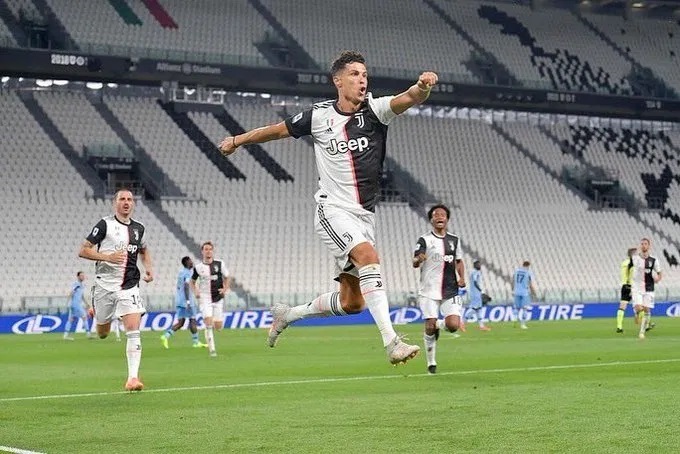 Cristiano Ronaldo has made history in Serie A, becoming the fastest player to score 50 goals.

Ronaldo reached half a century of Serie A goals in just 61 matches as league leaders Juventus defeated slumping Lazio 2-1 in Turin on Monday.

The five-time Ballon d’Or winner scored twice in the space of three second-half minutes to put Juve on the cusp of their ninth successive Scudetto.

Real Madrid and Manchester United great Ronaldo also became the first player to score 50 or more goals in Serie A, LaLiga and the Premier League.

“It’s not just physical, but psychological.

“He could be someone who uses up so much energy in each game, but he recovers it every time and he’s world class in the mind as well as the legs.”

Ronaldo has scored 30 Serie A goals in 30 appearances to top the charts alongside Immobile with four matches remaining.

When asked if Ronaldo could eclipse the number, Sarri said: “If he puts his mind to something, he’s very difficult to stop”.