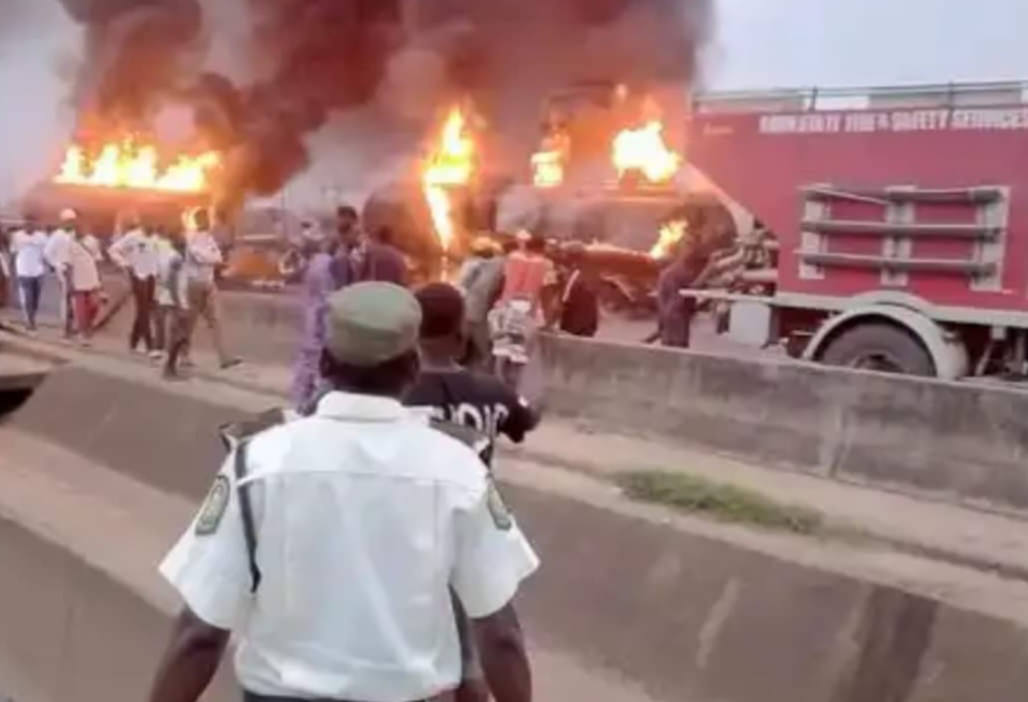 Ten people have lost their lives to a tanker explosion that occurred on Thursday morning around Sagamu axis of the Lagos-Ibadan Expressway.

According to the Federal Road Safety Corps (FRSC) Sector Commander in Ogun State, Ahmed Umar, two tankers, one truck, and one bus were involved in the explosion.

Umar stated that three of the vehicles were burnt in the inferno.

Also, he said while 12 persons were involved in the inferno, 10 persons were burnt to death while two occupants of the vehicles escaped.

The FRSC official added there is a possibility of discovering more casualties as recovery efforts are ongoing.

First responders including firefighters battled to quench the inferno.

Media reports indicate that between 2019 and 2021, Nigeria experienced severe fire incidents, leading to 79 deaths out of 68 fires recorded in 18 months. Thirty-one of these were market fires and the losses are still being counted.