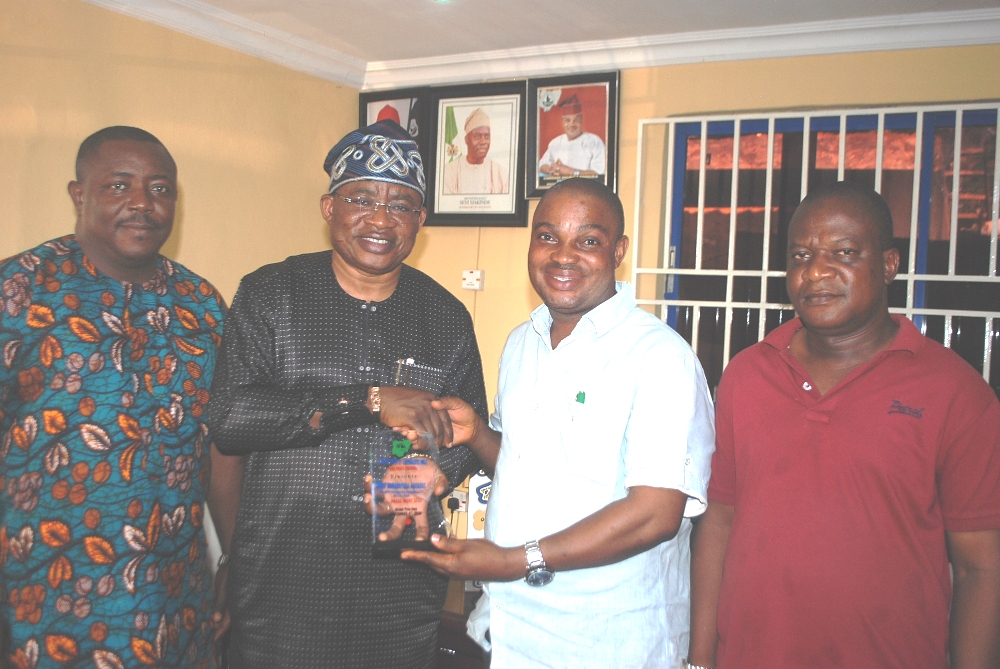 An Ibadan Chief, Oloye Adegboyega Adegoke has said the major way of solving problem revolving round petroleum sector is for the Federal government to fully deregulated the sector by removing its hand from regulating the pump price of Premium Motor Spirit (PMS) otherwise known as Petrol as well as privatize all the refineries that are currently moribund.

Adegoke who is an expert in the oil and gas sector noted that by doing this, it would create an avenue for competition among the major distributors.

Adegoke who is the Executive Director Finance and Chief Financial Officer of OES Energy Services maintained that if the sector is fully deregulated and refineries are privatized, the money that is always earn mark for refineries maintenance without producing anything would be diverted into the provision of other infrastructure.

He stated these while addressing journalists shortly after he was honoured as the distinguished personality of the year by the Oyo State Council of Nigeria Union of Journalists (NUJ) on Thursday in Ibadan, the state capital.

Adegoke, who is the Ajia Balogun of Ibadan land, noted that Obasanjo did the right thing at the point of leaving, when he privatized the refineries.

He insisted that Yar Adua who took over from Obasanjo in 2007 made a great mistake by reversing the privatization.

He noted that the reversal of the privatization of the refineries drawed Nigeria back for many years.

According to him, “Government should remove its hand completely the way they did with diesel. Currency you buy diesel to you import and you sell at your own price and there is competition. To me federal government is always fleep flopping.

“So they should remove their hands completely. Full deregulation means if you like, you import from Russia or from Israel, USA or UK.

“Before these GSM were licenced, NITEL was having a full day. I was begging for a line. Because the entire lines we have in Nigeria was 400,000. Now, we have millions.

“Obasanjo did the right thing at the point of leaving, when he was leaving, privatizing the refineries.

“It was a great mistake by Yaradua to reverse that privatization. And that thing drawed us back for some many years. Because, when you privatize, if you look at it in the news, maybe, last week, the federal government has spent billions of naira on refineries this year.

“When government use 10 billion on refineries, that money can be used for another thing. They are paying salary without doing anything. The refineries that never produced for is many years.

“It makes me feel great and it means they acknowledged and also appreciate what I have been doing. So I feel great”.