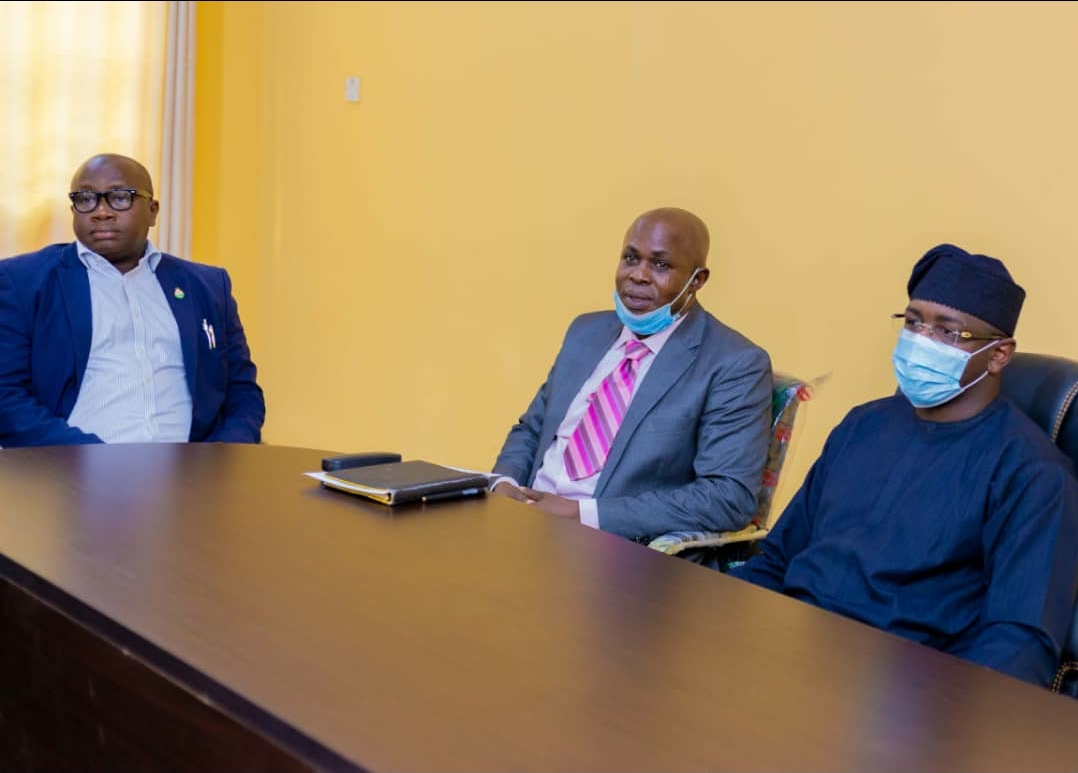 Oyo State Commissioner for Energy and Mineral Resources, Barr. Temilolu Asamu has tasked stakeholders in the development of the State to collaborate in finding alternative power sources for sustainable growth in the State.

He called on professional engineers in the State to work with his Ministry towards discovering new areas of exploits in the energy and mineral resources sectors.

He said these efforts would boost socioeconomic activities in the State and attract local and foreign investments that would lead to high employment rate.

The Commissioner disclosed this when he played host to the executive members of the Nigerian society of Engineers (NSE), Oyo State branch, led by the State Chairman, Engr. (Dr) Wasiu Ajagbe at Ibadan.

“The task of moving Oyo State forward is a joint effort as government alone cannot do it without the support of the relevant agencies.

“We appreciate the readiness of Oyo NSE to collaborate with Oyo State government to look into areas of interest, especially in the energy and mineral resources, this will naturally bring about a boost in investments from home and abroad and we shall all witness a rise in employment opportunities and individual savings, which are indicators of growth.”

In his address, the State Chairman, NSE, Engr. (Dr.) Wasiu Ajagbe commended the State government for deeming it fit to create a ministry for Energy and mineral resources, a move he said has catapulted the image of Oyo State to be one of the best in the country.

He noted that exploring the energy sector would boost the internally generated revenue of the State and empower the people.