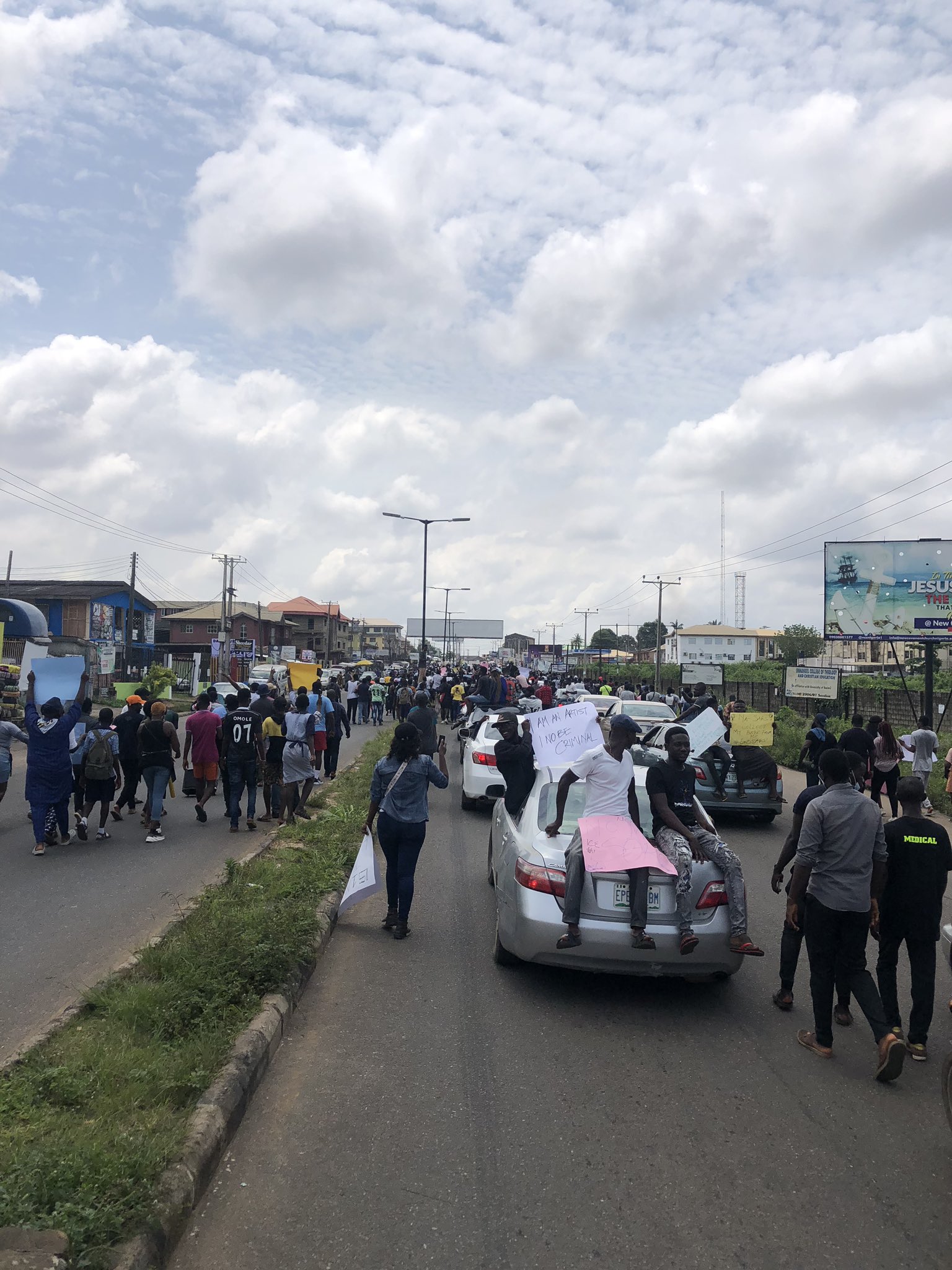 No fewer than two people have been reportedly killed in Oojo area of Ibadan, as policemen open fire on hoodlums who allegedly attacked a police station during an #EndSARS protest.

It was learnt that the protest was going on peacefully before some hoodlums hijacked it and started throwing objects such as stones and bottles at a police station. The development made the policemen to open fire on the protesters, killing at least two people in the process.

Sporadic gunshots rent the air for almost an hour which made people scampered for safety.

It was gathered that after normalcy was briefly restored, the hoodlums again gathered and burned down the police station.