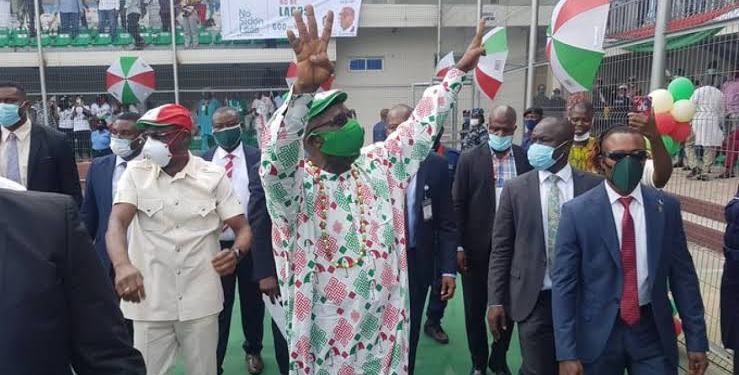 At least, ten persons have been reportedly shot at a rally to officially launch the campaign of Governor Godwin Obaseki of the Peoples Democratic Party (PDP) in Benin city, Edo State on Saturday.

The rally, which was held at the Samuel Ogbemudia stadium was to kick off the campaign activities of Obaseki, ahead of the September 19 governorship election in the state.

The governor had led the national chairman of the party, Uche Secondus, Governor Nyesom Wike and other party chieftains to the palace of Oba of Benin, Ewuare II, and were returning to the stadium when the incident happened.

Sources said the PDP campaign train had clashed with some supporters of the All Progressives Congress (APC) while making their way to the stadium.

“We were by the palace gate, and when the governor’s entourage was coming, we still stood there and suddenly we started hearing sporadic gunshots.

“People started running, falling over each other, and about 10 people have sustained injuries,” one of the sources said.

The PDP spokesperson in Edo state, Chris Nehikaira, who confirmed the incident said that the campaign was peaceful but “some elements loyal to the APC tried to disrupt the visit of the governor to the palace.”

Chidi Nwabuzor, Edo State Police Command spokesperson said he is yet to get details of the incident.

“I wasn’t there, so I am trying to speak with those on the ground so that we can give an accurate account,” he said.