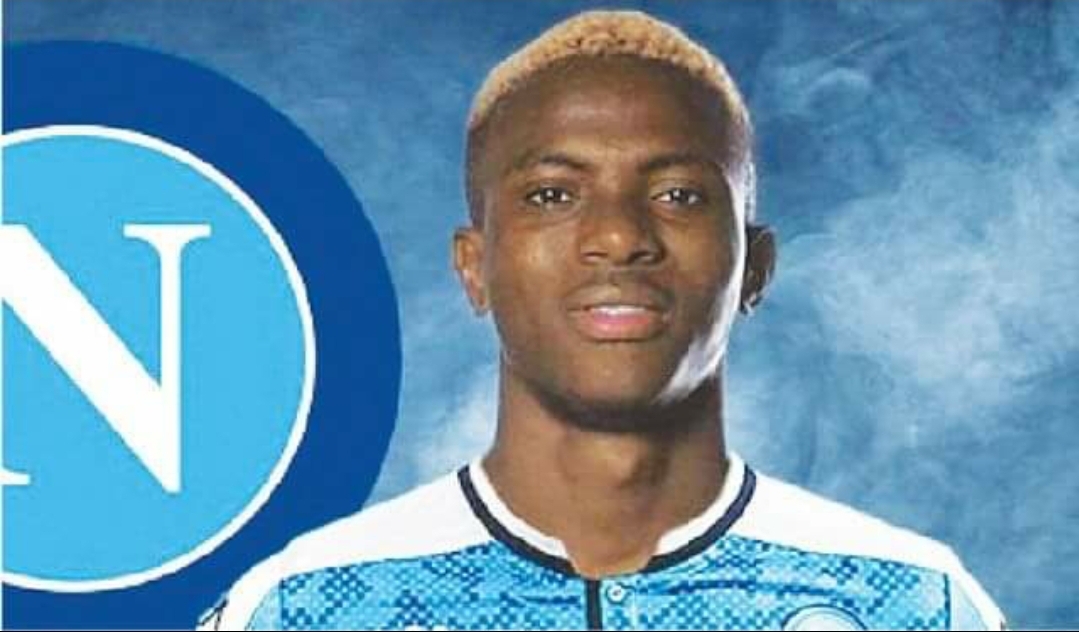 Nigerian striker Victor Osimhen’s humble beginnings from Olusosun, the Lagos area famed for its dumpsite, to the ambience of one of Europe’s oldest cities, Naples, famed for its wealth of historical monuments, is truly one of football’s Cinderella tales.
On Friday, Napoli officially announced the signing of Nigerian striker Victor Osimhen from Ligue 1 side Lille on a five-year deal worth €81 plus add-ons.
The 21-year-old, now regarded as one of the hottest youngsters in global football – after a phenomenal rise in two seasons at modest Belgian side Charleroi and Lille -never had the best of beginnings while growing up.

Aside the mega-money move making Osimhen the most expensive African footballer ever, the forward, according to close sources, will earn a whopping N4.5m annually – the highest ever by a Nigerian footballer — as salary at the Italian giants.
Living in one of the many makeshift houses around the Olusosun dumpsite in Lagos, Osimhen and his family had a hellish time trying to cope with the environmental and health hazards posed by the dumpsite, noted for its emission of thick smokes, foul smell and routine fire outbreaks.Last summer, the Nigerian joined Lille for €12m and scored 18 goals with six assists in 38 games across all competitions.
He was voted the club’s Player of The Year and also scooped the Marc-Vivien Foe prize for the best African player in Ligue 1, before Italian giants Napoli grabbed him from the French club on Friday, after protracted talks, following the player’s change of agents.

He was also named CAF Youth Player of The Year for 2015.
He will wear the respected No.9 jersey at the two-time Italian champions next season.
“The next chapter @Napoli is a very exciting one and I can’t wait to get on the pitch with the team. I want to thank the fans for the past few weeks.
I will definitely give my all on the pitch for the common good of the club,” Osimhen tweeted on Friday.