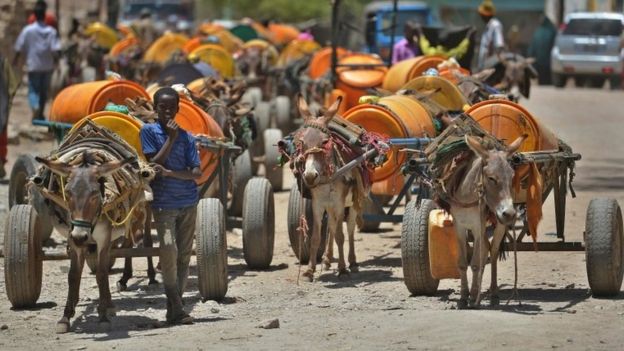 The Nigeria Agricultural Quarantine Service (NAQS) has warned Nigerians that the donkey population in the country is depleting and risks extinction.

The Agency also called on Nigerians to desist from illegal killings of donkeys.

NAQS said it is not unaware of illegal exportation of donkey hides to China and indiscriminate killing of the animal for some consumption in some parts of the country.

Addressing journalists in Abuja, the Director-General of NAQS, Dr Vincent Isigbe legal actions were being taken on arrested culprits and the hides destroyed.

He said the Nigerian law prohibits illegal killing and exportation of donkey and its hide, also the NAQS Act empowers the Service to prosecute offenders.

“Nigeria donkey is going into extinction, the population has gone down drastically, slaughter of donkey is prohibited, the law is against it and the law is against the slaughter, transportation, storage, and against the trade in donkey hides. In the same way, you cannot import any wet, dry, blue hide of livestock into Nigeria, you cannot export it.

Adipolo
“You need the necessary clearance from the government, if you are going to do otherwise and the government did not give you the permission, then it is illegal.

This is clearly against the NAQS Act, is against the custom prohibition list, against the Nigerian Disease control Act, so there is no reason why any Nigerian or foreigner should be engaged in this illegal trade.

“We are aware that there are accounts of slaughtering donkeys across the country. The quarantine service has confiscated materials and destroyed them accordingly.

“We encourage Nigerians not  to raise any new terms, we are asking those who are involved in donkey trade to open donkey ranches or farms, we had a meeting in September 2021, we brought in all the donkey dealers, we discussed, a week later, we called in donkey breeders from the north, we had a very good interactive section with them. We expect that no one should engage in this trade.