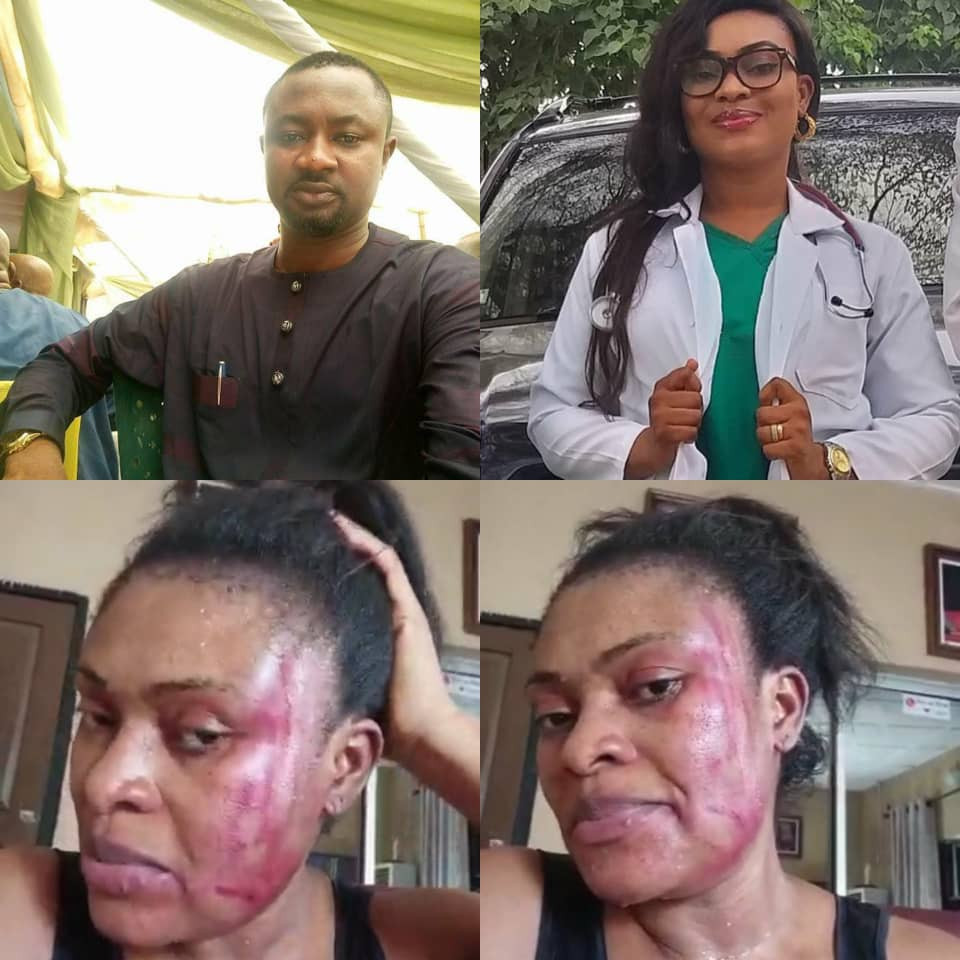 …says for six years she has not known peace

A medical doctor, Ifeyinwa Angbo, says she is lucky to be alive, after six years of being battered by her husband, Pius Angbo.

She said she has lived in an abusive ‘marriage’ in Lagos state, Nigeria for six years but she cannot take it anymore.

She called out her husband, Pius Angbo, a staff of Channels TV, who allegedly beat her mercilessly just four weeks after she welcomed their fourth child.

Ifeyinwa Angbo in a video that went viral on the social media alleged the husband of a long history of beating her up in their six years old marriage.

In the video that has gone viral, Mrs. Angbo, showed her battered face as she recounted how her husband and father of their four children allegedly beat her up.

”Hello people, my name is Ifeyinwa. I am a doctor. I have been married to Pius Angbo of Channels TV for six years and for six years, I have not known peace in this marriage. It’s been from one woman to another.

I just had  baby. It was a Caeserian section just about 4 weeks ago. Just because I told him to spend wisely and not on women so recklessly considering we have four children, that is why I got this beating. He tried to strangle me and all that, sat on my inscition, the children were crying.

When I was pregnant with this child, when the pregnancy was three months, it was the same thing. He would sit on my stomach, hit me, try to strangle me and all that”

Interview: Buhari Has Failed, He Has Disappointed So Many People, Made APC To Lose Goodwill – Ajimobi’s Former Justice Commissioner