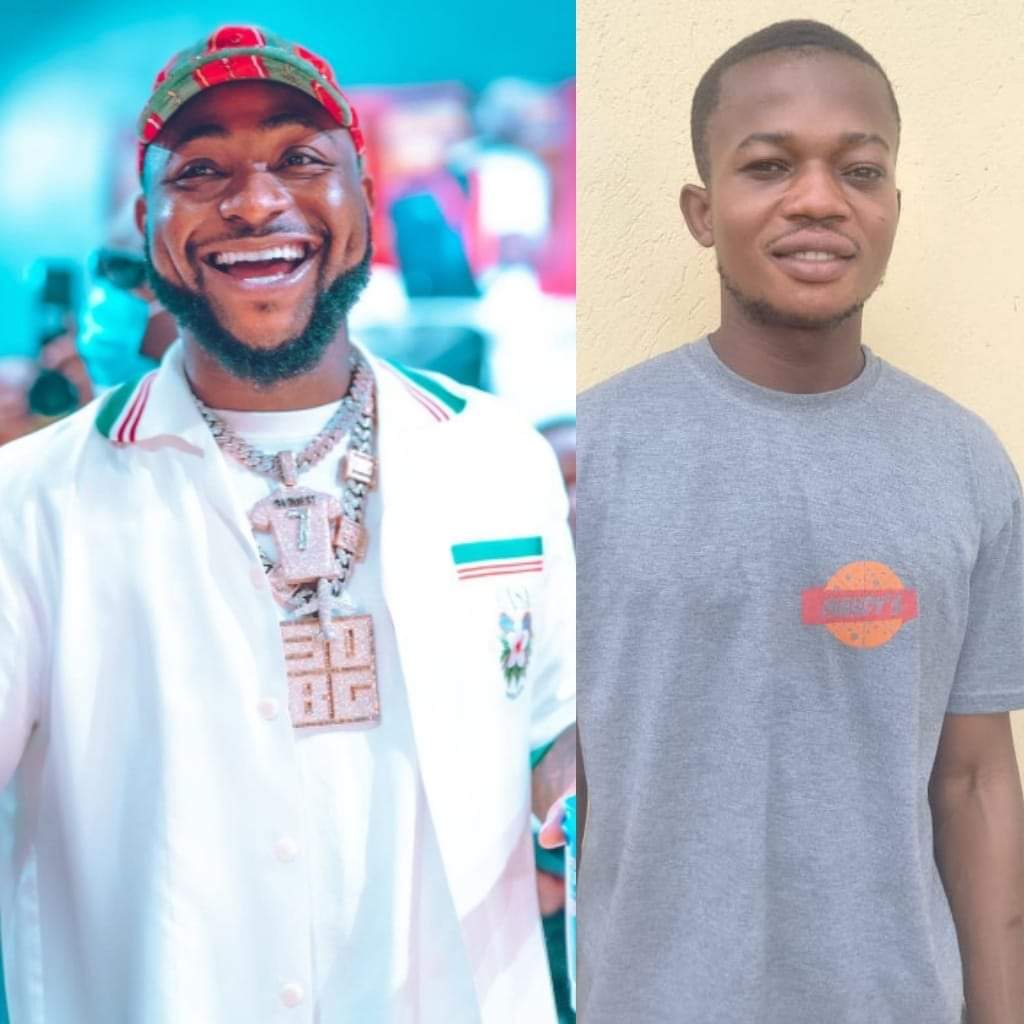 Nigerian Singer, David Adeleke, popularly known as Davido has won the admiration and praises of many as he gave out scholarships to a young man who scored A parallel in his WAEC.

Davido went in search of an intelligent Ghanaian student who dropped out of school on his Twitter handle.

The young lad identified as Young Morro Suleyman had made A1 in all his West African Examinations Council (WAEC) exam subjects but unfortunately, he couldn’t proceed to University as he had been at home since 2021.

According to reports, Morro Suleyman had no plans to go to the University owing to his parents not being financially buoyant.

Reacting to the news, Davido took to his social media pages to launch a search for him.

He told his fans to help find the boy.

Many Nigerians swung into action and helped the singer find the boy.

Giving an update on him, Davido announced that he has contacted Suleyman and has given him a full 4/5 scholarship to Adeleke University.

He added that accommodation and allowance are included in it.

“We have contacted Suleyman who lives in Ghana and he has been given a full 4/5 year scholarship to Adeleke University…. accommodation and allowance included! God bless y’all”. 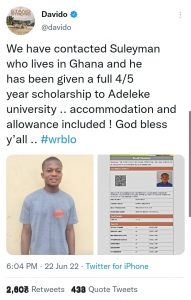