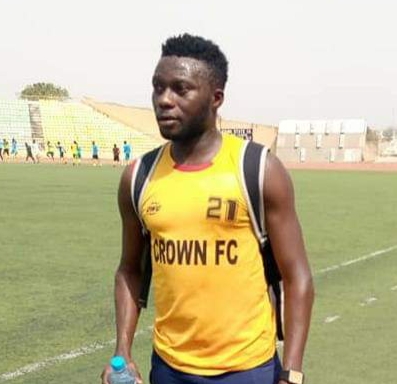 Management of Crown FC, Ogbomosho has announced the death of one of its  forwards, Usman Usein, fondly called Eiye.

In a statement by Tunji Alabi, Crown FCs Media Officer, Usain featured in a friendly game with his yet to be signed new club, Gateway United FC, on Sunday 15th November, 2020, where he slumped after the first stanza of the game.

Though, he recuperated after being attended to by the team medics, the player later gave up the ghost at the club camp house in Abeokuta and his remains has been deposited at the morge.

The deceased, who also plied his trade with the Shooting Stars Sports Club (3sc) of Ibadan, was a very hardworking, easy going, loyal, very dedicated and God fearing player.

The club management prayed that Allah forgives his shortcomings, uphold the families he left behind in this grief period and grant him a place in paradise.