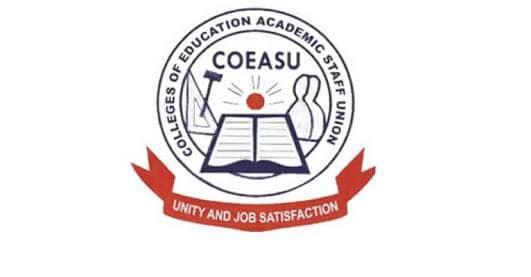 In a release jointly signed by Comrades Nuhu Ogirima and Taiwo A. Olayanju, COEASU President and Secretary respectively and made available by the Chairman, COEASU, EACOED Chapter, Comrade ‘Segun Oyewumi, the National Officer’s Council stated that, ” It is on record that despite the dwindling economy and in the face of economic hardship occasioned by the novel Coronavirus pandemic, you have ensured that the well-being of our members, and indeed the workers in the State takes precedent as evident in the defrayment of indebted workers’ salaries owed by the past administration and prompt payment of workers’ salaries by the 25th of every month”.

While lauding the labour-friendly disposition of the Governor which has brought industrial harmony in the State and restoration of the pride of education in the Pace-Setting State, the COEASU leadership prayed for more wisdom for the Governor in the discharge of his duties in the governance of the State. “Be rest assured that the Union is ready to partner with your administration to achieve the desired goals in Teacher Education in particular and education in general” the release added.