Between Anigilaje and Mr. Fuji 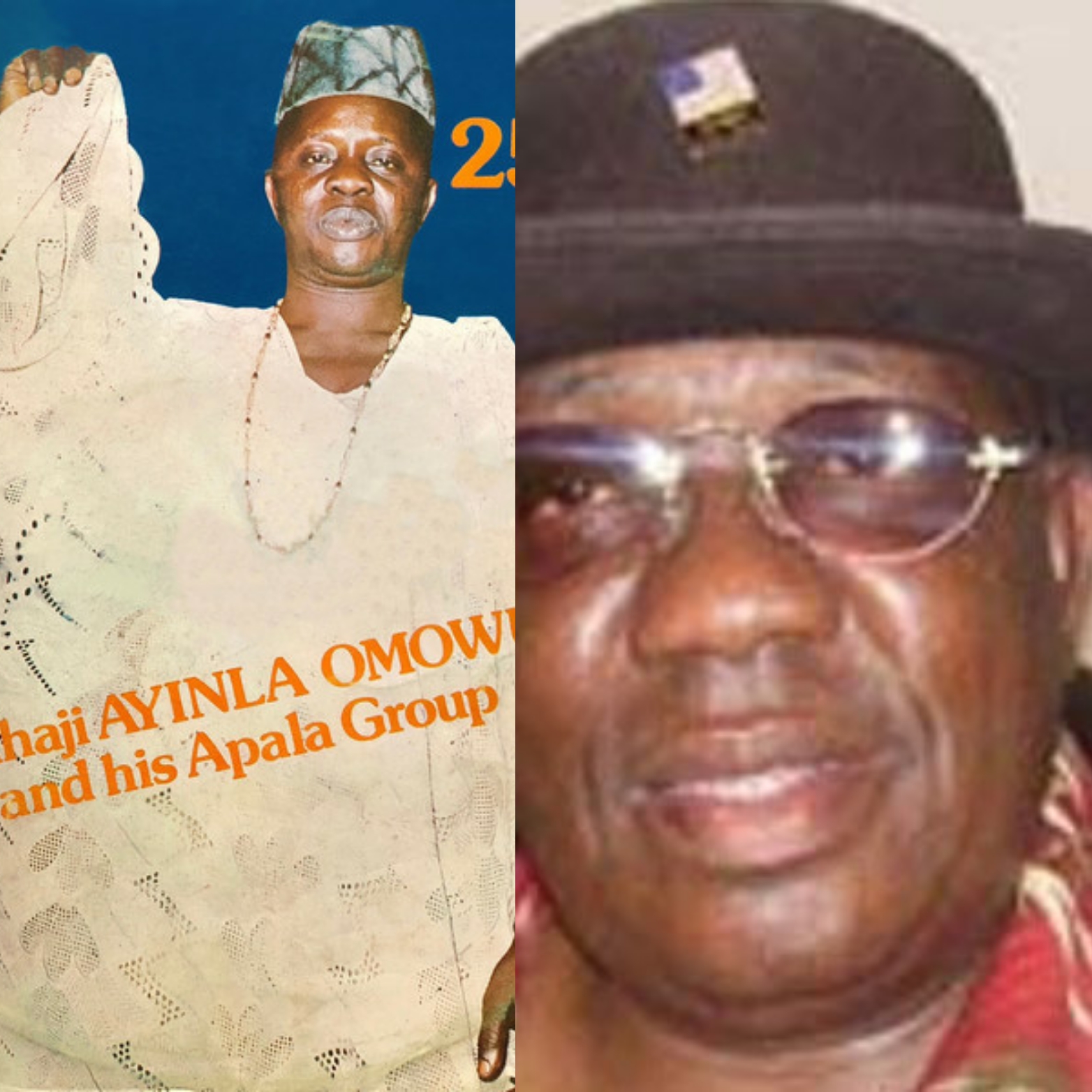 The witty and cerebral Dr. Festus Adedayo unknowingly or deliberately disconnected the concluding paragraph of his piece from the main body to the extent that both didn’t sync with each other.

In concluding, Festus asserted without missing a beat that were it not for the death of Ayinla Omowura , the apala maestro, that Dr. Sikiru Ayinde Balogun,MFR aka Barrister(SAB) would not have risen to stardom!!!

If not for the fact that I know Festus to be a great scholar of history, I would have opined that that concluding piece was smuggled into his column by mischievous fifth columnist without Festus’ knowledge apparently when he was deeply sipping from some of his finest and best grade collections exotic coffees which he cherishes and always savour greatly.

How on earth will anyone dare to compare SAB with Ayinla? What are the parameters and basis of that comparison.
While Ayinla sang apala which he did not create or pioneered , SAB created and pioneered fuji which he singlehandedly metamorphosed from “were” genre.

While Anigilaje could not be said to numero uno in the apala world where he competed for superiority with Chief Haruna Ishola among others, same could not be said of the Fuji Creator or Mr. Fuji who was second to none in the Fuji music world and towered far and above all other Fuji musicians all who unarguably used him as the barometer for measuring or assessing their ratings.

Orange should not be compared with apple at all. While Ayinla throughout his eventful career was majorly noted for singing sleaze and vulgarity which he promoted to high heavens largely because his fanatical fans just like himself were touts, miscreants and artisans , SAB was a refined and decent gentleman whose main musical theme was mainly in the form of morality gospel.

It was therefore not surprising that SAB’s ardent fans included professionals, successful businessmen, students, artisans , students all of which are young and old people who are attracted to SAB’s music not only to be entertained but also to be informed and to be educated; and to God be the glory he succeeded in delivering on those mandates.

To opine that Anigilaje”s untimely death paved ways for the meteoric rise of SAB is a great distortion of historical facts that must be rooted in deliberate mischief.
Majority of Anigilaje”s notable fans and promoters who were the bedrock of his success had during his lifetime and before his very owns eyes abandoned him in droves and ‘decamped’ to embrace SAB and his Fuji music because of its richer contents and the refined manners the music was packaged and delivered by SAB. Such decampees included Chief Adebayo Ogundare of Ijelu Ekiti aka Bayo Success, Wasiu Mejindade , the CEO of Waslat Motors who was also then the National President of Ayinla Omowura ‘s fans club, Alhaji Buhari Oloto and Chief Abiola Ogundokun of Iwo to mention but few of them.

It was due to the frustration engendered by the continuous loss of Omowura’s fans and promoters to SAB without cease that expectedly forced Ayinla to embark of series of unprovocative and unwarranted musical attacks against SAB.

When Ayinla and others who felt threatened by SAB’s musical continuous meteoric rise realised that SAB was not only unstoppable but was also about to eclipse their musical careers, they all conspired together and sought his total ban from musical performance at the meeting of the Musical Society of Nigeria held at Salvation Army road in Ibadan on 15th December, 1978 which meeting was presided by Chief Yussuff Olatunji aka Baba Legba.

One of the allegations against SAB was that he had never attended the MSN’s meeting and therefore should be totally banned.

Baba Legba in his wisdom demanded for evidence of any notice of invitation to attend meeting served on SAB which the petitioners failed to produce , hence the dismissal of their trumped up allegation and conspiracy against SAB.

That event happened to be the last for Baba Legba as he collapsed during the course of the meeting and died that very day when he was being rushed back to Abeokuta as demanded by him.

Consequent upon the foregoing, it is obvious that the murder of Ayinla Omowura by his estranged Manager, Bayewumi was actually the saving grace for Ayinla because he would have been totally eclipsed by SAB’s fuji music just like other stars like Omowura whose stars were dimmed and sent into oblivion by SAB music during their lifetimes.

It on record that Ayinla throughout his musical career never stepped out the shores of this country and remained a local musician till his death, SAB however took his Fuji music to London where he had many concerts when Ayinla was still arround musically.

Even, the aftermath events and occurrences after the demise of both Ayinla and SAB had even settled the matter beyond reasonable doubt in that while apala music genre could be said to have gone into extinction today with juju music closely following that path too, Fuji music consistently continue to be rising in leaps and bounds which are all due to the creativity of the Doctor of Music, the African Legend of Commonwealth , Mr. Fuji himself, Alhaji Agba, Dr. Sikiru Ololade Ayinde Balogun,MFR (Barrister).
May Allah continue to forgive his shortcomings and also continue to grant him aljannah fridaus. Ameen.