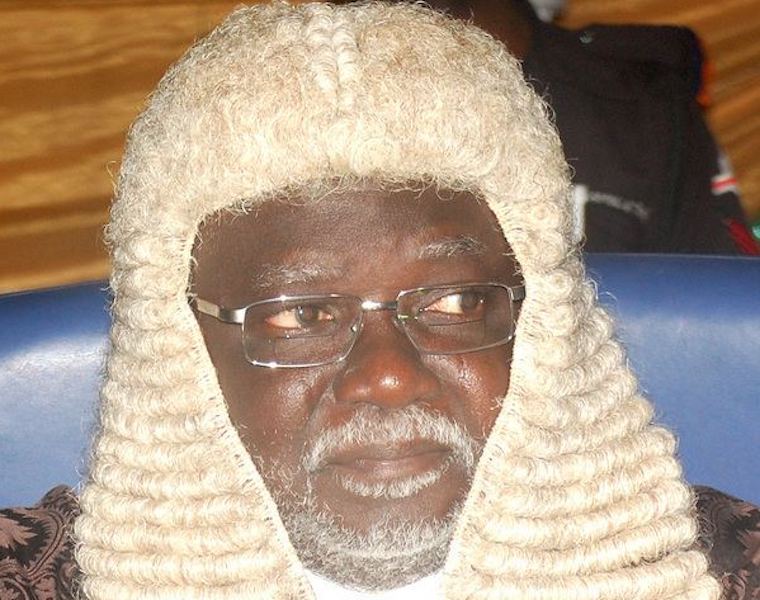 Early on Monday morning, the news broke that the erstwhile Chief Justice of Nigeria, Tanko Muhammed had resigned, on the ground of health issues that some claimed, took him to the United Arab Emirate recently.

The next person in his stead is the Iseyin-born Justice Kayode Ariwoola, whose personality is enviable as many of his childhood friends and youths in the ancient town of Iseyin, refer to him as a good example for their children to look up to in life. He is said to be humble and has a sense of community development.

The Supreme Court, since the amalgamation of the Northern and Southern Protectorates of Nigeria in 1914 when the pioneer Chief Justice was Sir Edwin Speed, maintained its revered and enviable tradition of succession based on seniority. So like it has been since then till the outgoing CJN, Justice Muhammed decided to resign to pave way for Kayode Ariwoola.

Born to the family of Late Alhaji Ariwoola, popularly known then as ‘Mako-Allah’, the in-coming CJN had his humble background, starting from primary school education at L.A Demonstration School, Oluwole in Iseyin, after which he proceeded to Muslim Secondary Modern School, Oke-Oremoje, Iseyin, Ansar-U-Deen High School, Saki, after which he went to the prestigious University of Ife to study law and graduated in 1980.

Ariwoola went to the Law School in Lagos and was called to the Bar in 1981. He got appointed as a High Court Judge in 1992 and became the Justice of the Court of Appeal in November, 2005 before eventually being appointed to the Bench of the Supreme Court on November 22nd, 2011.

One particular attribute that has been noted about the in-coming CJN in his hometown is the love he has for his childhood friends, as people say he never ditched his old friends despite his rise to legal stardom.

He is a practicing Muslim, non-partisan and married with children. Justice Olukayode Ariwoola’s love for Amala, the local staple is said to be legendary.

Tobi Amusan, Ozuah and History Behind The N1.14b Vehicles for Niger