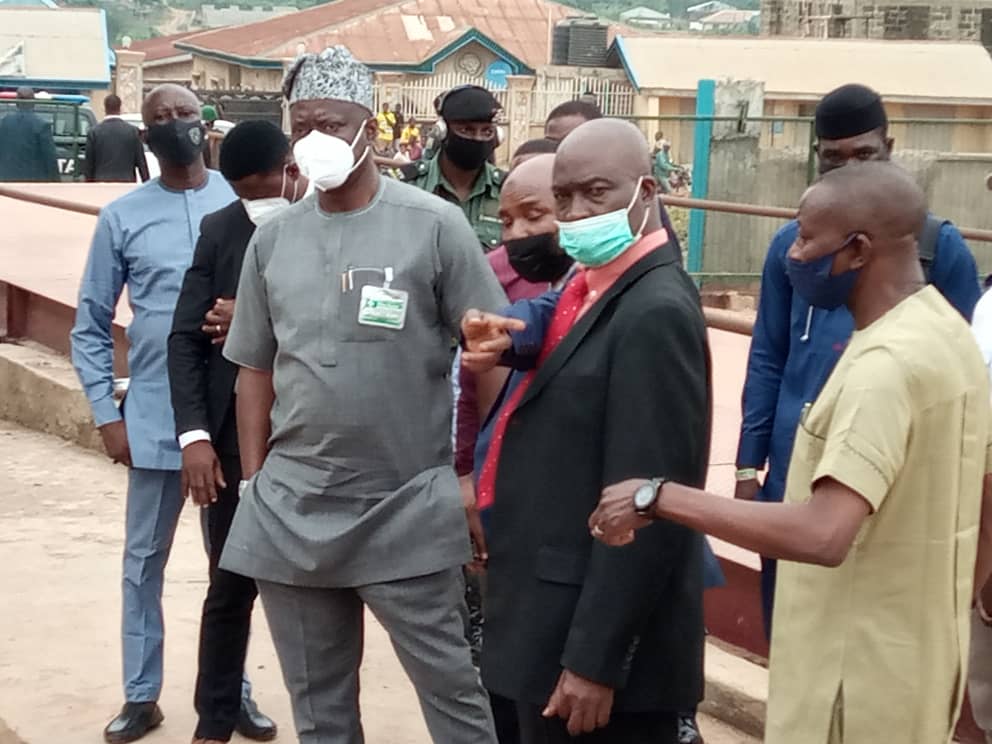 Awotan-Apete residents have expressed their appreciation to governor Seyi Makinde for giving communities around the area a new lease of life by ending the air pollution which has for over fifteen years permeated the entire Awotan area over persistent unpleasant wastes smells.

One of the community leaders who could not contained his excitement at the sight of governor Makinde screamed the governor’s name in appreciation of his giant strides towards improving the quality of lives of Oyo state residents stressing that the state has never had it so good in terms of giving dividend of democracy back to the masses.

The governor who arrived the dump site in on an unscheduled inspection visit in company of top officials from the ministry of environment and natural resources led by the ministry’s permanent secretary to assess the level of work done on the ongoing projects called for expedited action.

The Special Assistant on Energy to governor Seyi Makinde, Hon Saka Moshood Olawale, who was already at the dump site for inspection before the governor arrived expressed optimism with the economic might the site will bring to the economy of the state when completed.

Speaking with Sunrisebulletin.com shortly after the governor departed, Engr Olawale explained that Oyo state is committed to generating alternative power in order to provide more constant and regular electricity power supply to the entire state.

He said that his inspection of the dump site was key part of his weeklong schedule to get progress report from on the spot assessment of such dump sites which he described as vital source of renewable energy for the state adding that several investors have expressed interests in keying into governor Makinde’s ‘waste to wealth agenda.

The Special Assistant on Energy, however assured that the governor’s commitment to bringing his economic blueprint to fruition remained unwavering stressing that even though COVID-19 has done great damage to the state economy, governor Makinde remain resolute to achieving his laudable plans for the state within reasonable time.