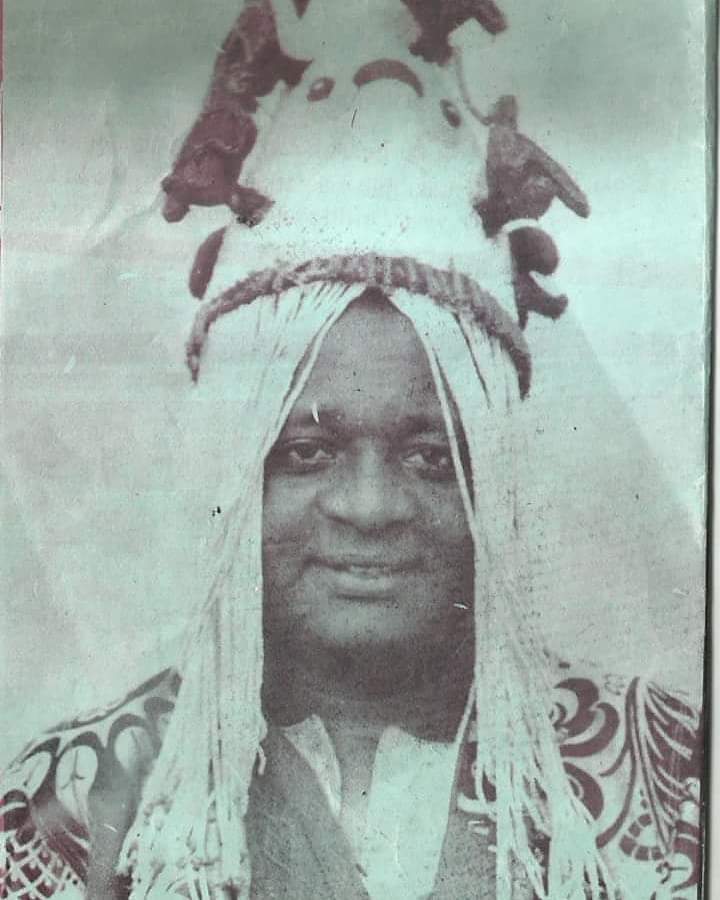 Today, the 14th of January, makes it exactly 50 years the Alaafin of Oyo, H.I.M, Oba Lamidi Adeyemi III, ascended the throne of his forebears as Alaafin.

For him, it was a dream come true, a prophesy foretold that the heavens had accented to when he wrote that piece of article and published it “I SHALL BE NEXT ALAAFIN”. The contest to Oba Adeyemi III emergence began 1968, when he was invited along with ten others from the ruling house to contest for the vacant stool of Oyo Empire.  As it was the custom of the land, there were three parameters with which the constants were judged.

First was eligibility, second was popularity and third, the stamina for huge responsibilities of the office of the Alaafin of Oyo. Oba Olayiwola Atanda Adeyemi emerged the first; defeating ten others after a vigorous screening exercise. However, to what observer attested to be a political interference, the then government  ‘refused to endorse his appointment, saying the procedure was not right’.

Oba Adeyemi, omo Ibironke was elected the winner amongst other contenders for the throne and was finally chosen by kingmakers on November 28, 1970.

The government approved with the help of the youngest Commissioner then, Dr Omololu-Olunloyo, (Ex-Governor of Oyo State), now the Balogun of Oyo Empire. Oba Adeyemi  III’s appointment was gazetted in December, 1970, and then moved into palace, completing the necessary rites under the tutelage of the Oyomesi.

In the process, he was inducted into the mysteries of various gods like IFA, Ogun and Sango. He was also made to undergo these inductions in order to be the direct representative of these deities on earth. He was taken through these process so as to know all the chants, the proverbs, oriki of all the past Obas.

God and posterity had been favorable Oyo kingdom, because the era of Adeyemi have brought so much development to Oyo.

Oba Lamidi Olayiwola Atanda Adeyemi III succeeded Alaafin Gbadegesin Ladigbolu II as the king of Oyo in the year 1970. He was an insurance clerk before he emerged as the new Alaafin. Oba Lamidi Olayiwola Atanda Adeyemi III is a practising Muslim but describes himself as being liberal and a free mixer who was raised in a strict Christian home and attended a Catholic school.

The Alaafin of Oyo, Oba Lamidi Olayiwola Atanda Adeyemi III, was born on October 1938. He is the son of the late Alaafin Oba Adeyemi II. He is the 43rd Alaafin of Oyo and remains one of the most influential monarchs in Nigeria for decades. He is the first Yoruba monarch to become the Chancellor of Uthman Dan Fodio University, Sokoto. His father Oba Adeyemi II, a former Alaafin of Oyo was deposed in 1954 for showing sympathy towards the National Council of Nigerian Citizens (NCNC).

He has enjoyed the unflinching support and love from the people of Oyo; it has been a huge happy family, standing by the monarch since he ascended the throne. Thus the yoruba adage “awa onilu ao oni fe ko tu”.

The Alaafin, Oba Adeyemi III has always been a vanguard for the development of Oyo, Oyo State, Yoruba land and Nigeria.

Today, we at Oyonews join all in celebrating this once in a lifetime event of seeing an Alaafin celebrate golden jubilee on the throne, especially in this our generation. “Ajise bi Oyo l’ari, Oyo koni se bi enikan”.

Between Anigilaje and Mr. Fuji