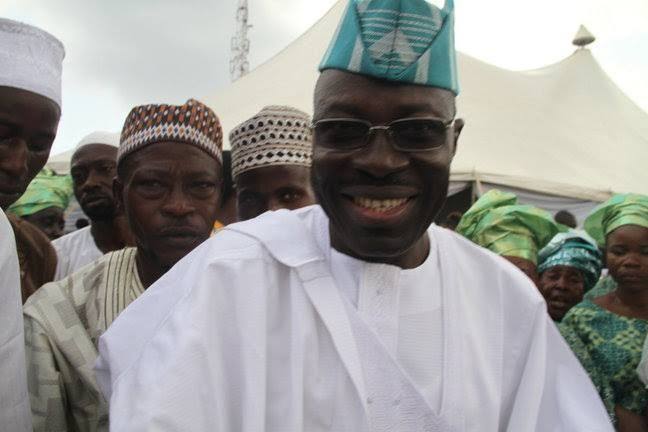 The event, which took place at Christ Church Primary School, Odinjo, Ibadan, was attended by the leaders of the party in Oyo State.

The returnees, it would be recalled, had earlier joined the party at a mega rally organized by PDP at Mapo Hall in March 2020.

Addressing the party members at the event, Ambassador Taofeek Arapaja said his decision to join PDP was in connection with Governor Seyi Makinde’s leadership style, which has been tremendous so far.

He added that such immense contributions of the present administration in developing the state, thorugh provision of road infrastructure, free education for students, health care delivery, prompt payment of workers’ salaries on or before the 25th of every month, payment of backlog of pension for retired civil servants and other initiatives are glaring facts that GovernorMakinde is divinely chosen to lead the state.

He also appealed to agrieved members to embrace true and genuine reconciliation for the progress of the party.

While welcoming the returning and new members at the gathering, the Chairman of the party in Ibadan South East Local Government, Engr. Sulaimon Adesina, described Ambassador Taofeek Arapaja and other returnees as forces to reckon with, who would serve as great political assets to the party.

One thought on “Arapaja, Akeem Ige, others Join PDP in Ibadan”