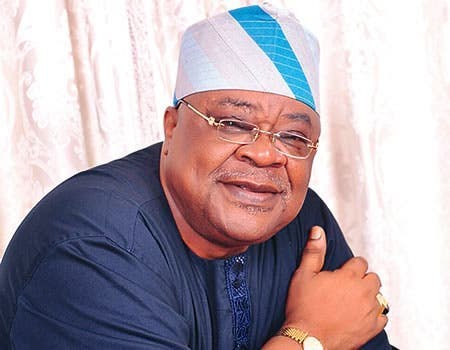 The Oyo Kajola Group (OKG), a Pan-Oyo socio-political organization, said on Friday that the All Progressives Congress (APC) being led by former Governor Adebayo Alao-Akala would remain rejected in the reckoning of Oyo State people, as, according to it, the party is only a relic of the state’s sad historical past.
The group, in a statement by its Media coordinator, Adebayo Ayandele, maintained that the developmental strides being recorded by the Governor Seyi Makinde’s administration and the myriad of achievements, are clear signs that the state is on the path to unprecedented growth.
According to OKG, the state will never return to ‘political jackals and ruinous administrators’ in the APC.
The group further stated that with the way the Makinde administration has touched and turned around critical sectors of the state in under two years, and with testimonies abounding in infrastructure rebuilding, social welfare and expanding economy, it remains a tall dream for the APC, which destroyed the state for eight years, to think about retaking Oyo State.
OKG noted that its statement was in response to another statement credited to a former governor and head of an APC faction in the state, Chief Alao-Akala, in which he stated that Oyo State is “there for the APC to grab.”
According to the group, the former governor’s statement was a clear indication that the APC is aware that it will remain rejected by the people of Oyo State, hence the plan to “grab the state by violence.”
The group stated that though Makinde has expressed his commitment to delivering on the mandate given to him and focusing on governance, APC should perish the thought of retaking the state in 2023, as the good works being done by the government, which have been benefiting the people, will speak loudly in future elections.
The group condemned the APC, especially Alao-Akala, for demonstrating undemocratic tendencies by planning to retake Oyo through the instrumentality of violence, noting that the statement was indicative of internal struggle and rat race going on in the state chapter of the APC.
“We hereby condemn a statement credited to the controversial leader of the APC in Oyo State, Chief Adebayo Alao-Akala, that the APC will grab Oyo State in 2023. It is sad that in the 21st century and at a period that patriots are desiring the institutionalisation of democracy and electoral ideals, the APC in Oyo State is plotting to grab victory rather than work for it.
“Though we are not surprised that Alao-Akala and the APC are threatening to ‘grab’ Oyo State rather than have the electorate vote for them, because we know their antecedents and the fact that they glorify brawn and relegate brain, we consider it pathetic that a party rejected by Oyo State people for ruining its economy, destroying its education system and bastardising an agelong and glorious Ibadan traditional rulership system, among others, could think of reclaiming the state
“Clearly, the grandstanding by Alao-Akala and his lackeys in his APC faction about grabbing Oyo State is a mere wishful thinking. Which of the good works being done by the Makinde administration will Oyo State APC claim not to see that it will think the people will be ready to return to Egypt, where the immediate past government led the state in eight years?
“In under two years, the Makinde administration has embarked on massive infrastructure rebuilding; with the 68-kilometre Moniya-Iseyin road construction, 21-kilometre Airport-Ajia-New Ife express road construction, Apete-Awotan-Akufo road construction as well as the remodelling of the Lekan Salami Stadium Complex, Adamasingba all ongoing.
“The strides this government has recorded in the education sector, including the free quality education and the transparent recruitment of teachers, have also shown a government determined to clear the Augean stable left by the APC government.
“The people of Oyo State, we are convinced, can attest to how life has become better for the people, with workers and pensioners now being paid their full salaries/pensions on 25th of every month while the government has released billions of Naira to clear arrears of gratuities left unpaid by the APC government.
“We make bold to state that Alao-Akala and his APC faction are hellbent on grabbing Oyo State because they are now hungry and broke and would like to take Oyo State by all means in order to siphon the resources of the state as they are wont to do.
“They must be told in clear terms that Oyo State people are now wiser and have moved on to better things under Governor Makinde and they would not want to be dragged back by the vermin in APC, who promise heaven and earth but leave everyone in misery. We are sure that those who even voted for APC at the federal level are ruing their errors as economic hardship bites harder in the country, so no one will make the same mistake with Oyo State.
“The people of Oyo State must be alert and aware that the desperation of the APC in whatever form or guise to retake Oyo State is not in their best interest.
“The Governor Makinde administration has demonstrated that it is a people-centred government that means well for the state and it should be allowed to focus on the mandate, as the governor has made it abundantly clear that 2023 politics will have to wait for some time for real development to take place in the state.”