APC Convention: How The Delegates May Vote 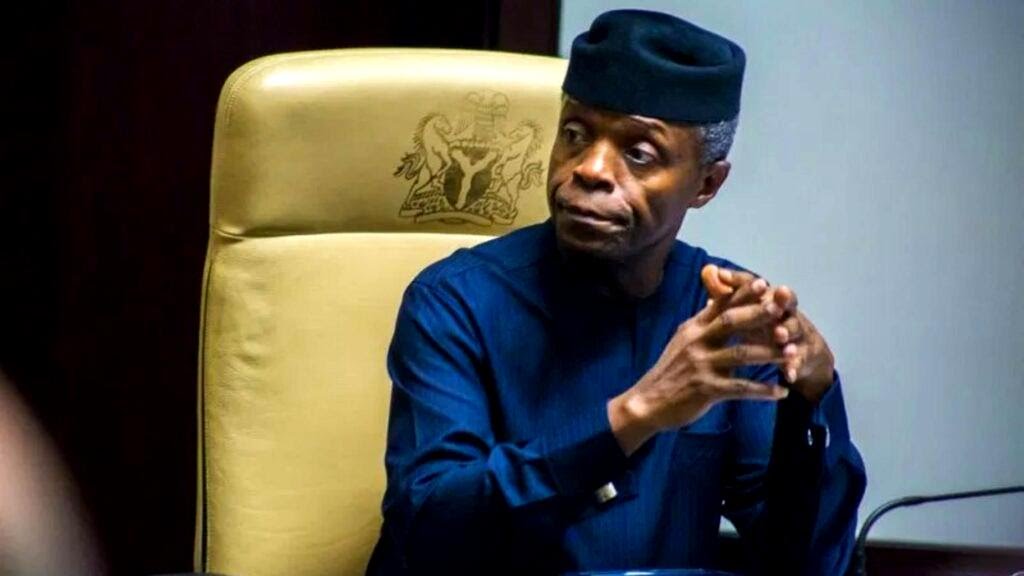 It is exactly two weeks to the Special National Convention of APC, and there are clear indications that bookmakers may be in for a shocker as Asiwaju Bola Tinubu is increasingly facing strong headwinds in his bid to clinch the Party’s presidential ticket. A zone-by-zone analysis of delegates’ preferences, realignments of APC governors, President Buhari’s behind-the-scene moves and emerging voting patterns indicate that Vice President Yemi Osinbajo will likely emerge winner at the Convention on June 1. Of the 22 or aspirants, only three – Osinbajo, Tinubu and Amaechi – are the serious contenders. The rest came into the race for many reasons, and so I won’t waste time profiling their chances. In fact, I am sure that these unserious ones will step down before the Convention begins.

In the South West region, Tinubu will take Lagos, his home base, and take a slight lead in Osun. The VP will win Ondo, Oyo, Ekiti and Ogun. The governors of these three states are solidly with the Osinbajo. But Osun is in strong contention by Tinubu and the VP, and so the votes would be almost evenly split between the two.

While Chibuike Amaechi will take his home state of Rivers, Osinbajo will sweep Akwa Ibom, Cross River, Delta and Bayelsa. In Bayelsa, Timipreh Sylva’s firm grip on the delegates is the VP’s advantage. Sylva will easily align with President Buhari and vote Osinbajo. In Akwa Ibom, the VP is banking on the supports of bigwigs like former Deputy Governor Nsima Ekere, Senator Udoma Udo Udoma and Senator Ita Enang, among others; while in neighbouring Cross River State, Gov. Ben Ayade is leading the battalion of supporters rooting for the VP. In Delta, Senator Omo Ovie-Agege and Minister of State for Labour, Mr. Festus Keyamo are the driving forces behind the VP. There would be serious contention for Edo State by both the VP and Tinubu. Although former APC National Chairman Adams Oshiomhole may be rooting for Tinubu in Edo, but the statutory delegates are solidly behind the VP.

The South East delegates are going to the Convention with a sense of grievance. They would have loved to vote for an aspirant from their zone. But in the absence of that, the voting pattern would be disparate. Those from Imo and Ebonyi would be influenced by their governors, while the rest would mostly make their independent decisions. David Umahi and Hope Uzodinma would listen to Buhari’s persuasions and support Osinbajo with their delegates. Delegates from Enugu, Abia and Anambra will support the VP overwhelmingly, but a few would however line up behind Tinubu and Amaechi.

I can confirm that the delegates from the three Zones in the North (NE, NC and NW) will vote in the same pattern because most of the 19 Northern States are APC states whose governors will go along with the President; and we all know that President Buhari is not willing to support Tinubu. Buhari is bent on having his VP succeed him. This is an established fact which has rankled the Tinubu team to no end. But it is what it is. No APC governor from the North will antagonize the President. They respect, adore and revere the old man. Northern governors will support whosoever the President anoint. Although Tinubu will make some good showings in Kano, Zamfara and a few other places, his overall performance in the North will fall behind the VP’s. Amaechi, on the other hand, will give a smattering performance in some places like Katsina.

Overall, the VP will score between 70% and 75% of the total delegate votes at the Convention.

Duba is an Abuja- based political pollster and analyst