Any Man Found Guilty Of Rape Should Have His Eyes Plucked Out – Nollywood Actress, Sisi Eko 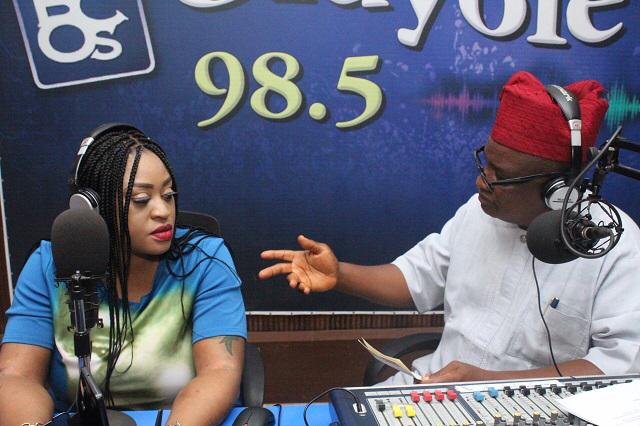 Nollywood Actress, Tamilore Martins Ojo popularly knowns as ‘Sisi Eko’ has advocated that any man found guilty of committing rape should have his eyes plucked out!
She submitted further that since it is the eyes that got them ‘aroused’ after seeing their victims, the sighting organs should therefore be removed. 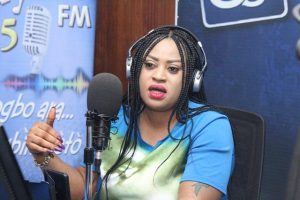 The Thespian speaking on the possible ways to reduce or eradicate rape in the country stressed that the federal government should legislate a law to see that anyone found guilty of the dastardly act should have their eyes removed.
In addition, she revealed that her passion for the entertainment industry has been her driving force despite the numerous challenges facing the industry. She said she got her big break in the movie industry in the Year 2018 when she produced the movie ‘Sisi Eko’ and she has since been so called by her fans all over the world.
The actress revealed all these while featuring on a weekly radio show, Parrot Xtra Hour on Radio’ anchored by Olayinka Agboola and broadcast live on the Broadcasting Corporation of Oyo State’s Oluyole 98.5 FM Ibadan, the state’s capital recently.
When quizzed about her embarrassing moment in the industry, she said “I remember I shot a movie titled Omo Ekun, it was the story of a notorious armed robber, two weeks after the movie was released, I went to the market and a woman saw me and started shouting, ‘thieves have entered the market and I also ran and she asked me why I was running, that aren’t you the thief?”.
That was when I realized that she was referring to the movie production where I played the role of a thief. I felt so embarrassed and I had to educate her that I was not a thief that it was a movie, make believe that we did”.
The actress used the occasion to shed more light on her alleged relationship with the late governor of Oyo State, Senator Abiola Ajimobi saying it was the handiwork of rumour mongers that were bent on tarnishing her image. She reaffirmed that she did not have any intimate relationship with him.
She said she only met the governor and the wife when she was given an award by the Oyo state government for her numerous achievements in the entertainment industry.
The notable actress also took time to appeal to the Engineer Seyi Makinde led-government in the state to help build a film village in Oyo State saying it will make it easier for them to shoot their movies saying that this would save them the embarrassment of going to beg landlords and house owners to allow them to use their apartments to shoot movies.
“By building the film village, the governor will be boosting the internally generated revenue of the state and it will attract more tourists to the state.
The Nollywood actress also revealed her passion for Journalism saying it runs in her veins, that she loves entertaining people and the Journalism profession brought the best out of her. She said she had to drop her Journalism career as a result of her love for acting saying she has been acting, singing since her secondary school days.
She equally used the opportunity to deny the notion that most Nigerian actresses use the industry to promote promiscuity saying that “It is a big lie; I do not use the industry to promote promiscuity”.
She revealed that she has always been a shining example in the industry and that she tolerates no nonsense from the male folks.
She, however charged all young women looking up to her as their role model not to be dissuaded in the journey of life. She charged them to put God first and be the best in whatever profession they find themselves adding that they should not to live fake lives.
She later went ahead to pay glowing tributes to veteran actress, Late Bukky Ajayi saying she was a source of inspiration to her when she joined the industry.