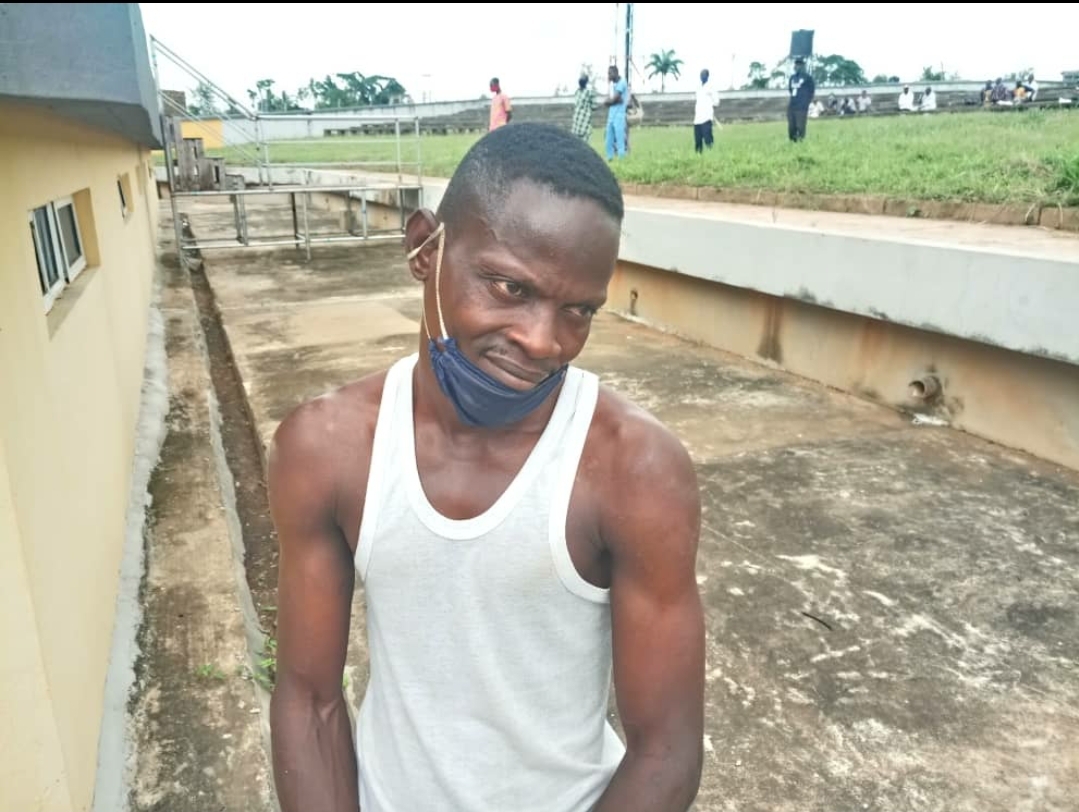 A middle-aged man, Kareem Isiaka Taiwo from Ibadan North Local Government was on Monday morning arrested by security agents in Ibadan as he made efforts to defraud people by claiming to be the recruitment officer for the Oyo State security outfit code-named Amotekun.

Taiwo had on Sunday pasted a notice at the Adamasingba Stadium venue of the State’s recruitment screening center with his name and phone numbers that those interested in joining the Amotekun Corps should contact him.

The management of the outfit got wind of the notice on Monday morning and started a subtle trail of the culprit and he was apprehended at 11:45am and handed over to the security agents for prosecution.

When asked what prompted the act, a sobered Kareem Isiaka who claimed to be selling bags of cements said it was the work of the devil and regretted his act, saying only one person contacted him through his number.

The Chairman, Oyo State Security Network Agency (Amotekun Corps), Gen. Kunle Toogun (Rtd.) in his reaction said the general public should be wary of fraudsters in their quest to become members of the corps.

He however used the occasion to inform journalists that screening of applicants into the corps would continue as the exercise had just covered only the Ibadan city axis.

“Those that missed their screening have been called to join others for their fresh screening, this will easily pave way for equal participation, although we have encountered so many challenges since we started, some came with forged certificates and documents, you have seen the one that just happened, but we are unrelenting.

“The screening will continue with the less cities, the Oke-Ogun zones one and two, Ido, Ibarapa among others, we want to make the exercise as open and less cumbersome to applicants as possible, the governor has demanded for openness and exactly that we are giving,” he said.

The screening exercise had commenced in the last one week at the Adamasingba stadium, where applicants tendered their certificates to show their readiness to work with the outfit.