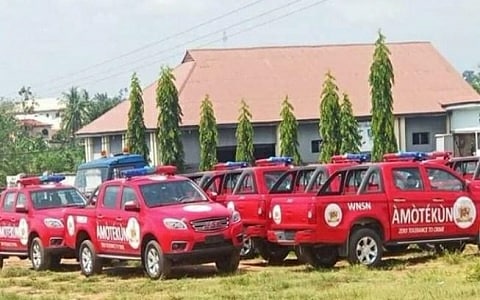 The process of recruiting personnel into the Oyo State Security Agency, codenamed Operation Amotekun was concluded at the weekend.

The agency recruited about 2,000 personnel including support staff who will be trained before official launching. The outfit will be launched before the end of the year, according to the chairman of the agency’s board, General Ajibola Toogun (rtd).

Speaking over the weekend, Toogun said final screening of candidates which marked the end of the recruitment process was completed on Saturday. He added that training will commence as soon as the agency overcomes some current challenges.

When asked if the list of successful candidates has been made public, he said the list will only be released when the agency is about to commence training, which he said will happen soon. Toogun acknowledged that expectation about the outfit is high among citizens but insisted that the agency will do thorough job in order to give Amotekun a sound footing in Oyo State.

He said the agency is liaising with its counterparts in the other five states in South West region, assuring that inter-state cooperation will boost its success story.

Amotekun was initially launched as a regional security outfit in Ibadan, the Oyo State capital on January 9, but was described as illegal by the Attorney General for the Federation (AGF) Abubakar Malami (SAN). Consequently, the six South West governors established it in individual states with each State Assembly giving it legal teeth.

The six states, however, retained uniform name, modus operandi and others, with an agreement to cooperate to ensure geographical borders do no inhibit its goal of ridding the region of criminals.

Amotekun has already taken off in Osun, Lagos, Ondo and Ekiti states.