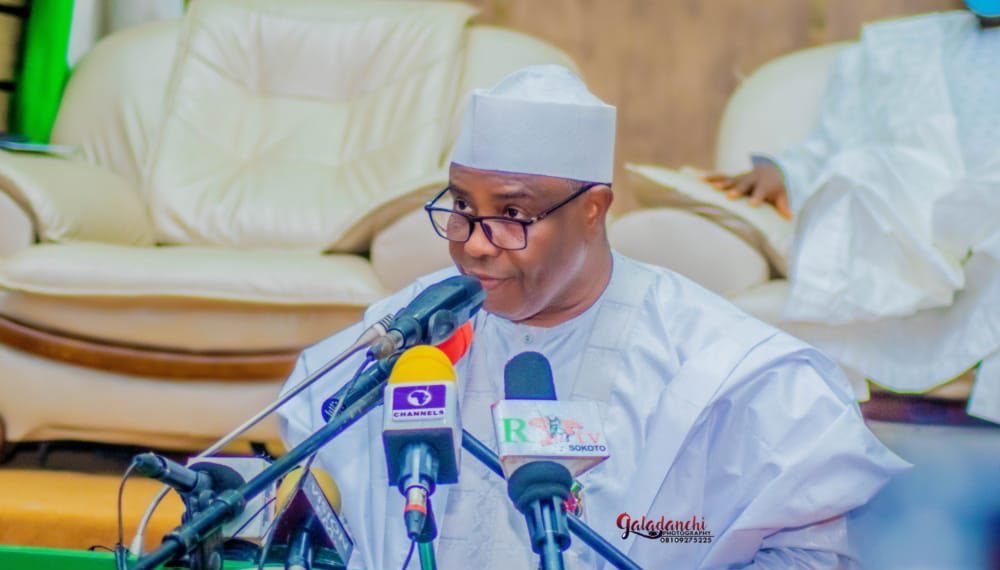 Sokoto State Governor, Aminu Tambuwal, has declared a 24-hour curfew in the state with immediate effect.

According to a short statement released by the governor and shared on the government’s official Facebook page by his special adviser on media and publicity, Mohammed Bello, the curfew “is in pursuance of peace and order in Sokoto metropolis and the entire state following the death of a second-year student of Shehu Shagari College of Education, Sokoto.”

The new development was confirmed by a member of the media team of the governor, who does not want to be quoted, claiming he was not authorised to do so.

The statement, which quoted Mr Tambuwal, reads in part; “Following the sad incident that happened at the Shehu Shagari College of Education on Thursday and sequel to the developments within (Sokoto) metropolis this morning till afternoon, by the powers conferred on me by sections 176(2) of the Constitution of the Federal Republic of Nigeria; and section 1 and 4 of the Public Order Act; and, also Section 15 of Sokoto State Peace Preservation Law, I hereby declare, with immediate effect, a curfew within (Sokoto) metropolis of Sokoto township for the next 24 hours.

“I appeal to the good people of Sokoto State to kindly continue to observe law and order and calm down (on the) restiveness currently pervading in the metropolis.

“Everyone should, please, in the interest of peace go back home and observe this (these) measures, with a view of the reestablishment of peace, law and order in the state.”

The governor added that it is not in the interest of anyone to have a breakdown of law and order. “I, therefore, appeal for restraint; and, for people to observe and respect the rule of law.”

Some residents of Sokoto had earlier today, taken to the streets to protest the arrest of suspect made by the police in connection with the murder of the student.

The police had announced the arrest of two persons in connection with the unfortunate incident.

The Sultan, Muhammad Sa’ad, has also released a statement condemning the act and the government promised to investigate the matter.