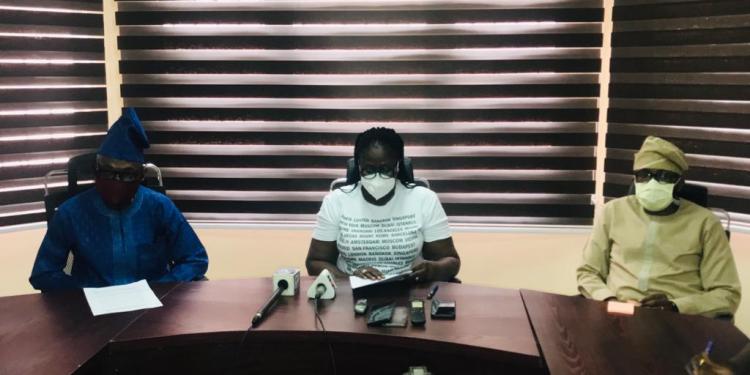 The Chairman, Oyo State House of Assembly Committee on Women Affairs and Social inclusion, Hon. Wumi Oladeji has appealed to the Inspector General of Police, Muhammad Adamu to put the Oyo State Commissioner for Police, Joe Nwachukwu Enwonwu on his toes and ensure thorough investigation into the circumstances surrounding the suspicious escape of prime suspect in Akinyele killings, Sunday Shodipe from custody.

She said this during a briefing with Journalists today adding that 19 year old suspect’s escape from custody beats every logical reasoning.

“It is inversion of logic that a 19-year old suspect escaped from the most secured place in the state, hence the call for thorough investigation”.

Hon. Oladeji who represents Ogbomoso North State Constituency said Oyo State Commissioner of Police must ensure that the general public is fully briefed on the outcome of the investigation and parade anybody that helped the suspect escape.

She said, “As a mother, I feel it would be fair to do everything within my power to support families of the victims to get justice for their dead beloved ones who became victims of the dastard acts of the serial killer, Sunday Shodipe”.

She urged the Oyo State Police Command to place a bounty on Shodipe, which may aid speedy rearmost of the suspect.

“Placing a bounty on the head of Sunday Shodipe by Oyo State Police Command will go a long way in assuring quick and successful rearrest of the suspect”, she said.

“To discourage people from taking laws into their hands, carrying out jungle justice and most especially, for police to redeem its image, Oyo State Command must do more than mere media campaign to bring the culprit to book”, she continued.

Describing the unlawful freedom of Shodipe as dangerous, she opined that his freedom poses that no family is safe in the State.

She also called on the executive arm of government in Oyo State to expedite action on the take off of Operation Amotekun to complement police efforts and other security agencies.

Oladeji however called for calm by members of the public, urging them to allow police execute their lawful duties, while they assist with necessary information on how to nab the suspected serial killer.

You will recall that exactly a month ago, (Friday 17th of July, 2020) Oyo State Police Command paraded one 19-year old Sunday Shodipe in connection with serial killings in Akinyele Local Government Area of the state, who confessed to have singlehandedly killed all his five victims.

However, on Sunday 16th of August, 2020, the state Police Command through its press release informed the general public that the suspected serial killer had escaped from police custody.