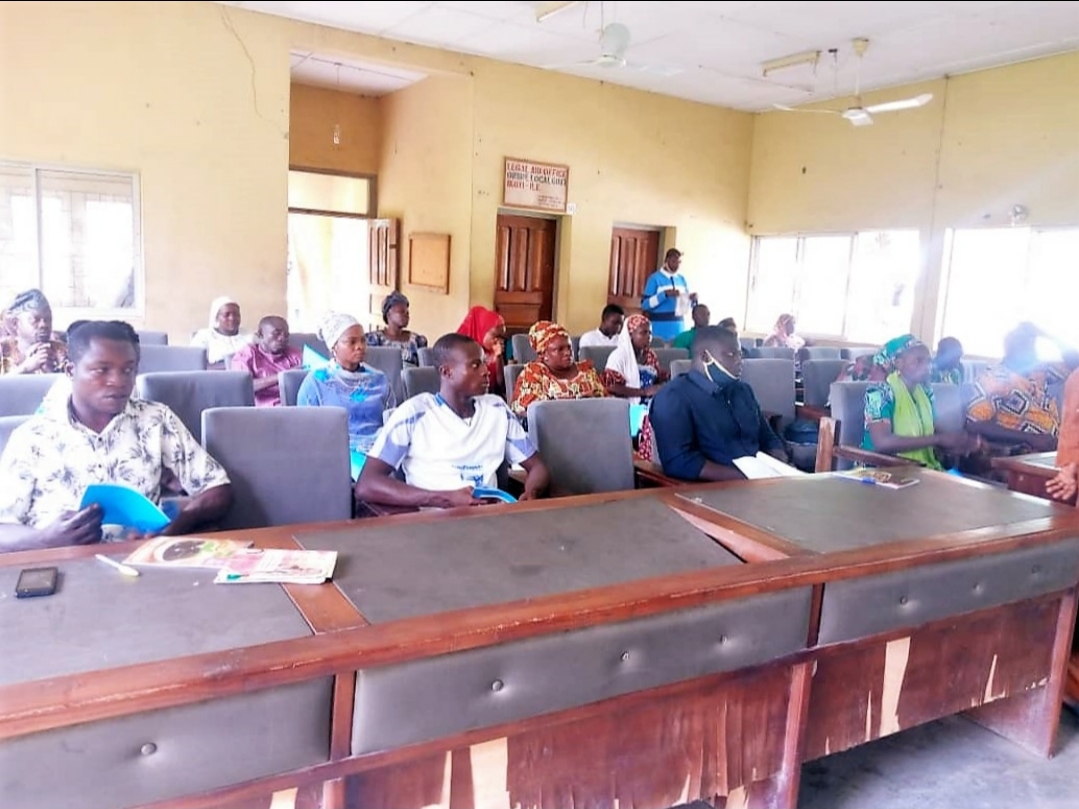 The Oyo State government has commenced another sets of training workshops to equip farmers and youths in agriculture and entrepreneurial skills to operate business ventures and make profit from agribusiness.

Youths and farmers from six local government areas of the State were trained on Rural Finance Institution-Building (RUFIN) Program, which was held at Ikoyi-Ile, in Oriire Local government of Oyo State on Monday.

In an address delivered by the Acting Permanent Secretary of the Ministry, Dr. Peter Adegunwa on behalf of the State Commissioner for Agriculture and Rural Development, Hon. Ojemuyiwa Ojekunle at the official flag off of the training, stated that the program was a deliberate effort to attend to the need of people below the ladder, as the business and entrepreneur development training would equip them to manage their business ventures profitably either as individual business or group venture.

According to him, the training which was tagged ‘Business/Entrepreneur development’ was aimed at ensuring the preservation of Village Savings and Credit Groups, understanding the concept of savings, savings accumulation and saving culture, instilling good credit management, appreciating the essence of financial planning and budgeting among others.

He used the avenue to reiterate the importance of Oyo State Agribusiness Development Agency OYSADA with its headquarters at Saki, Saki West local government with the aim of transforming Oyo State into an agribusiness hub.

He maintained that the agency was charged with the responsibility of developing two modern and standard farm estates at Akufo (Ido LG) and Eruwa (Ibarapa East LG), while also announcing the establishment of Agricultural Training Center, Awe, and the re-launch of Rural, Access and Agricultural Marketing Project to provide 1,600kms of Rural roads.

“It is pertinent to state here that the State administration, under the leadership of Governor Seyi Makinde would leave no stone unturned to reach out to the youths in the rural communities as well as rural farmers for them to benefit from the agribusiness programmes of the government.

“The OYSADA has been charged with the responsibility of developing two modern and standard farm estates at Akufo (Ido LG) and Eruwa (Ibarapa East LG) and the establishment of Agricultural Training Center, Awe, and the re-launch of Rural, Access and Agricultural Marketing Project to provide 1,600kms of Rural roads, this will open up the rural areas and the dwellers up for business opportunities in the sector,” he maintained.

The State Coordinator for RUFIN, Comrade Emmanuel Olusola Ogundiran enjoined the participants and beneficiaries of the organized, Train The Trainers workshop to attach importance to the programme and make maximum use of it for the benefit of their immediate family, community and the State at large.

Ogundiran stated further that the training also included enlightening the youths in the rural areas on ways to manage the profits they make from farm produce sales before being introduced to another source of financing and also enjoined them to make possible a positive ripples effect of the programme by passing down the knowledge acquired at the training to those who were unable to participate physically.