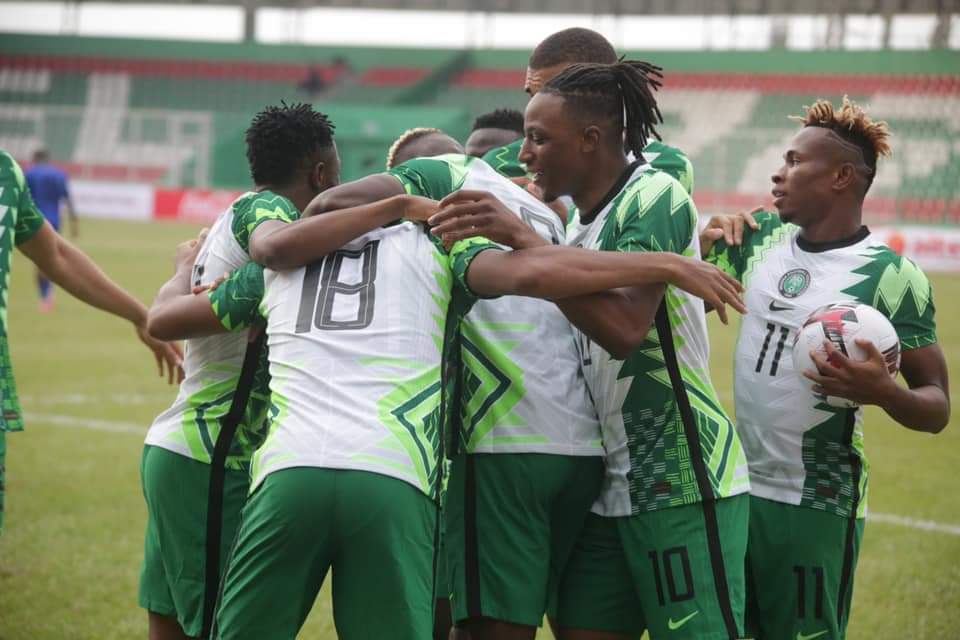 Nigeria’s delegation to Tuesday’s 2022 AFCON qualifying match against Sierra Leone arrived in Freetown on Monday afternoon aboard a chartered flight that flew the team from Benin City, and after a 30-minute ferry ride on the Atlantic from the International Airport in Lungi to the Sierra Leonean capital.

The chartered aircraft touched down at the airport in Lungi at 12:15pm local time, and players and officials were received by the Charge d’Affaires of the Nigeria High Commission, Mr. Sona Charles, the Consular, Mr. Paul Alabi and some members of the Sierra Leone Football Association.

There was a hiccup at the airport as Sierra Leonean immigration officials insisted that the Nigerian players and officials must undergo COVID-19 tests right at the airport, even after evidence was provided by the Nigeria team that all delegation members did the tests and all returned negative just hours before boarding their flight in Benin City.

Efforts by the top officials from the Nigeria High Commission and the Leader of Delegation, Alhaji Ibrahim Musa Gusau to make the Sierra Leonean immigration officials understand that the results obtained few hours earlier were sufficient for the delegation members to enter into Freetown, prosecute the match and return to Nigeria, failed to sway the officials. Further pleas to allow the players and officials leave the airport and for Sierra Leone to send medical officials to conduct the tests at the team hotel fell on deaf ears.

After the tests, the players and officials boarded the ferry and eventually arrived at the Radisson Blu Hotel in Freetown just before 3pm local time (4pm in Nigeria).

Coach Gernot Rohr and his technical team led a total of 22 players and the backroom staff. The Eagles were due to have their official training at the Siaka Stevens Stadium (venue of Tuesday’s match) on Monday evening.