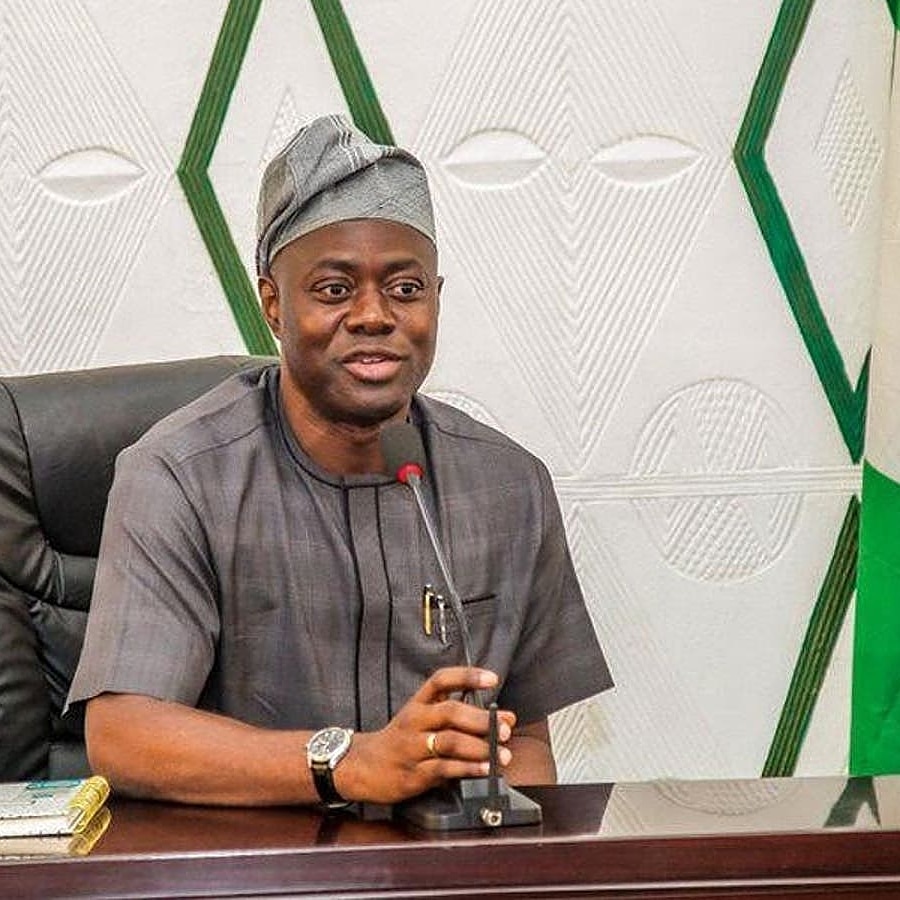 …describe Makinde as a man of his words

Residents of Adogba Area,  Iwo Road, Ibadan have commended Governor Seyi Makinde for fulfilling  his promise to rebuild the demolished Adogba Mosque and the Arabic School in the area.

They stated this while speaking with newsmen who went on an inspection tour of the New mosque and the Madraasat Islamic school which is under construction.
A statement by the Special Assistant to the Governor on Islamic  Affairs,  Alhaji Abdulrasheed  AbdulAzeez indicated that Governor Seyi Makinde had last year promised to rebuild the mosque and the Arabic school, when the old structure gave way for the construction of Bus Terminals in Iwo Road.
The governor also kickstarted the construction of the new mosque with a donation of N10million personal money.

The Imam of Adogba Central Mosque, Iwo Road, Ustas Muhammad -l-Awwal lauded the governor for fulfilling the promise and prayed God to crown his efforts with success.

Other residents of the area who appreciated the governor for redeeming his pledge urged the people to team up and support him in making the state better for all.

The Special Assistant to the Governor on Islamic  Affairs,  Alhaji Abdulrasheed  AbdulAzeez described the gesture of the governor as unique and very  commendable.

He gave an assurance of speedy completion of the the mosque and the Arabic school project and urged the people to continue to  support the governor with their prayers.

The Special Assistant who urged the people to cooperate and be patient with the governor on his quest to deliver more dividends of democracy across the state admonished them to embrace peaceful coexistence to move the state forward.

In  another development, the League of Imams  and Alfas in Oke Ogun axis of the state have lauded Governor Seyi Makinde for the high leadership prowess exhibited in handling the  COVID-19 pandemic and stopping its further spread across  the state.

The chairman League of Imams and Alfas in Oke- Ogun, Sheikh Ahmad Adedigba gave  the commendation during the visit of the governor to Oke Ogun and other parts of the state recently.

Sheikh Adedigba who is also the Chief Imam of Tede also commended the governor for his gesture and robust relationship with Muslims in the state, just as they assured him of their support in 2023.

Meanwhile,  the Special Assistant to the Governor on Islamic Affairs, Alhaji AbdulAzeez
has commenced visits to Islamic organisations in the state with a view of ensuring that they contribute  meaningfully  to development of the state through sound  religious activities.
He urged them to can promote peaceful co- existence among various religious adherents in the state.
The organisations visited included  Ibadan Muslim Community, Hajj camp Olodo of Oyostate Muslims pilgrims welfare board , Yusrullaah Association of Nigeria ,
Irorun Oluwa Loni Alasalatu and Quareeb Family.
Others are Alhamdulilah Islamic Society , Annual Ijtimah of Jamaatu Tableegh at Aba dada in Ido local government , Ansarud deen Society of Ibadan Central , Ojoo Central Mosque, Elemu, Ibadan and Oyo state league of Imams and Alfas.