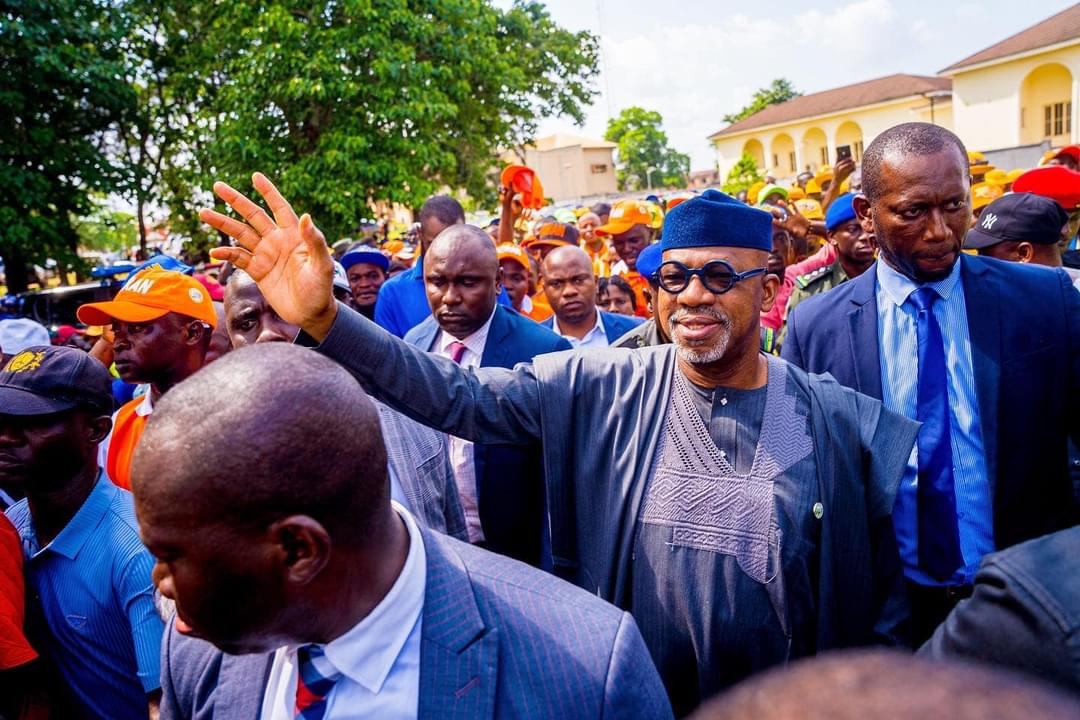 Ogun State Governor Prince Dapo Abiodun says his administration is currently compiling names of the elderly, the vulnerable and youths that would benefit from the conditional cash transfer scheme in the next 30 days.

The governor stated this at the Town Hall Meeting for year 2023 Budget and Medium Term Expenditure Framework for 2023-2025, for Remo Division, held at the Akarigbo Palace, Sagamu.

According to the governor, the conditional cash transfer is aimed to ease the living of the target beneficiaries, which are part of the state government’s social security intervention

He added that the intervention would be extended to traders to recoup the financial losses they suffered during the COVID-19 pandemic.

The governor, however, called on women in the state to participate in the Oko’wo Dapo scheme, to boost their enterprises.

Abiodun explained that the meeting was to allow for participatory and inclusiveness as it is a key component of budget preparation process that would allow more inputs into the budget.

He stated his administration has involved a wholesome approach in addressing the infrastructural deficit in the state, adding that next 2023 budget would be transitional as it would take the administration to realize it ‘ISEYA’ agenda.

Speaking on some developmental projects that have been executed in Remoland, the governor mentioned Oba Erinwole road in Sagamu, the Hospital road, Market Road, Awolowo Road, Sagamu junction-Iperu-Ode and Ilisan-Ago-Iwoye roads as well as the Cargo Airport at Ilisan, as some of the projects carried out in the zone.

He said that the Remo has also benefited from the renovation of Primary Health Centres, schools and housing projects.

While reaffirming the position of the state as one the best in Internal Generated Revenue (IGR), Abiodun said that Ogun ranked fourth behind Lagos, Federal Capital City and Rivers, saying that his administration was working to improve the financial base of the state.

He stressed that his administration has lowered the political temperature in the state and charged the youths to shun all forms of social vices, noting that state has remain peaceful in more three years now.

Earlier in his remarks, the Chief Economic Adviser and Commissioner for Finance, Dapo Okubadejo, noted that the present administration in the state has instituted the State Fiscal Responsibility Law 2020, which highlights the functions of all stakeholders as well as spelling out the expected fiscal activities in the state.

Okubadejo noted that the aim of his administration is to have meaningful engagement with all stakeholders as well as effectively implement ideas, insight and contributions with a view to uplift the economy.

He added that the state is adopting increased openness and citizen’s engagement process with a view to ensure fiscal discipline and discourage extra budgetary expenditure.

Reviewing the inputs made by the people of the zone in the Medium Term Expenditure Framework and 2022 budget, the Commissioner for Budget and Planning, Mr. Deolu Olabintan, said 85 percent of requests was included in the 2022 budget, while 65 projects were executed in each of the sections of the state.

Speaking on behalf of the traditional rulers in the Remo Zone, the Akarigbo of Remoland,
Oba Babatunde Ajayi, said though the government could not meet all the needs of the people, Remoland has benefited from projects implementation which include the construction of Sagamu junction-Iperu-Ode, Oba Erinwole, Ilisan-Ago-Iwoye roads and the on-going construction of the Agro-Cargo Airport.

He informed the governor that llara township has been cut off, calling for the construction of the alternative route through Kaka and Irolu.

He also said that the State Road Maintenance Agency should liaise with traditional rulers on the repair of roads in their domains.

Representatives of trade unions, religious bodies, community leaders and organisations who spoke at the meeting, stressed the need for government to look into the welfare of the people particularly in the areas of empowerment, youth training and provision of basic amenities in every part of the state.